* Hamza Shehbaz given tasks beyond his capacity: Raja Basharat
* Almost all members of Tareen Group held individual meetings with CM 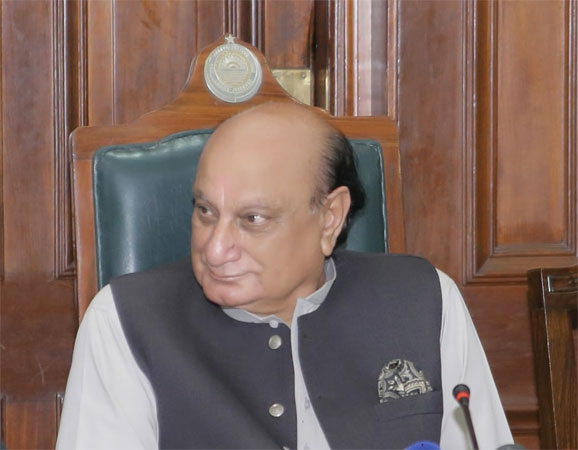 Minister for Law and Parliamentary Affairs Raja Basharat has said that ninety-nine percent members of Jahangir Tareen and like-minded groups have held individual meetings with Chief Minister Usman Buzdar, so there will be no difficulty in approving the Punjab budget.

He was talking to members of Punjab Assembly Press Gallery committee here on Tuesday in assembly cafeteria. He also congratulated the newly elected President Press Gallery Afzal Talib and Secretary Abbas Naqvi. Law Minister said that the tradition of cordial relations between the government and the press would continue in the House. The Law Minister said that the PTI government had done its best to fulfill the vision of the Prime Minister and the Chief Minister during the last three years and the government had never faced any embarrassment in the matter of the Assembly business that had passed record 83 bills while that number could increase if Covid 19 hadn’t come.

Raja Basharat severely criticized the attitude of the opposition and said that the role of the opposition on legislation was mostly negative. “We gave a lot of opportunities to the Leader of the Opposition, as in last ten years, the production order was not amended as we did because Hamza Shahbaz had to be brought on the production order but Hamza Shahbaz came only to sit in the chamber and went back. He didn’t bother to benefit his people from this activity.” Raja said that Hamza Shahbaz came out of jail but did not come to the assembly.

He invited the opposition to play its constitutional and active role in the committees. Raja Basharat said that in the last ten years, the work done by Pervez Elahi to empower the committees was unprecedented. He said that the Assembly and the Law Department were setting up a research wing where legal experts and researchers would work on legislation. Raja Basharat said that they had changed the centuries old laws according to the present needs which had not happened before. He said, “The Prisons Act 1894 and the Cooperatives Act 1925 and others have been updated.

Through the Succession Act 2021, the transfer of inherited property will now be easier from NADRA instead of the court where it was much delayed.” He further said that Hamza Shahbaz was being given the tasks beyond his powers, sometimes to overthrow the government and sometimes another mission impossible. He cannot do this, Raja remarked.