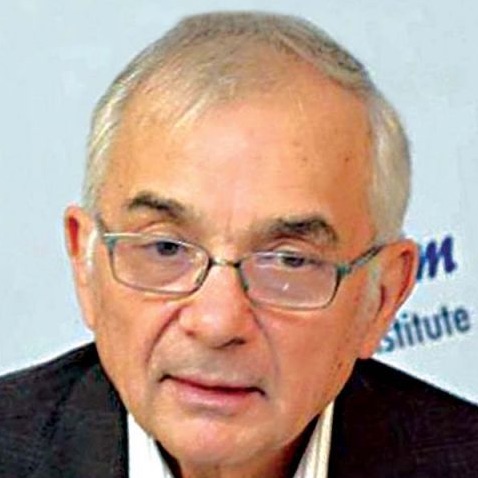 The worst form of colonialism is settler colonialism, unless it occurs on empty and unclaimed land. But  then it would not be colonialism. Settler colonialism requires other weaker people to be contacted,  deceived, infiltrated, invaded, conquered, displaced, controlled, discriminated against, hated, and “non people.” Histories and narratives need to be constructed or warped in order to justify the unjustifiable,  including dispossession, expropriation, humiliation, killings and genocide. More importantly, all this needs  to be done in accordance with divine scripture or sacred authority. British, French and other European  settler colonialists, however, tended to rely on enlightenment philosophy as much as religious sanction  and injunction. They were missionaries, traders and murderers.

It is not for nothing that the 19th-century founding fathers of European Jewish Zionism claimed to  represent “a people without a land wishing to settle in a land without a people.” The Palestinians had  been the inhabitants of the land of Palestine for centuries if not millennia. Nevertheless, they were  regarded as more the fauna and flora of the land than a human people. Jewish Zionism had an ally in  Christian Zionism which far predated Jewish Zionism. Christian Zionists, who were extremely influential in  19th century Britain, sought the “return” of the Jews to Palestine where they would convert to Christianity  and prepare for the Second Coming of Christ. American Christian Zionism was of similar persuasion.

In part, this was atonement for the Gospel of St. Matthew 25:27 whereby the Jews admitted that the  blood of Jesus was “upon our heads and of our children” which became the basis of Christian Anti Semitism for centuries. The Palestinians, accordingly, have had to pay for two Christian crimes against the  Jews: one, the Matthew Gospel’s accusation that the Jews were responsible for the murder of Christ, and  two, the German holocaust against the Jews. Ironically, the Ashkenazi Jews, who created Jewish political  Zionism and founded the Jewish State of Israel, in alliance with guilt-ridden British Christian Zionism which  led to the Balfour Declaration, were more White Caucasian than Semitic in origin. Their historical and  ethnic link to Palestine was more constructed, cultural and religious in complete contrast to the real  historic and living link of the Palestinians to Palestine.

Since the creation of Israel through force and fraud, Zionism has progressively revealed its genocidal intent  against the indigenous Palestinians who are overwhelmingly Muslim. The Zionists had always been  committed to building an exclusively Jewish State of Israel which necessarily excluded the indigenous  Palestinian majority. They could not be accommodated in their own homeland. They had to be  progressively reduced to a minority and ultimately eliminated as a presence in the new and artificial state  of Israel. Documents reveal that the founding fathers of Israel never hid their intentions in this regard as  they believed them to be authenticated by the Bible. Genocide was dressed up in Biblical sanction.

The current hell in Gaza, East Jerusalem and the West Bank is the direct and planned outcome of this  genocidal project of Ersatz Israel (Ardh Israel) the land of Israel from the Mediterranean Sea to “both  sides” of the River Jordan and Gaza if its 2 million residents can somehow be persuaded or made to  disappear. Egypt, however, may have something to say about that. Israel is faced with the genocidal choice

of militarily expelling the indigenous people of the West Bank, East Jerusalem and Gaza or progressively  eliminating them. The West, by and large, empathizes with Israel’s “painful dilemma” The Palestinians  are, really, such a nuisance!!

So, what is the situation in Gaza? It has a population of 2.1 million half of whom are “children” under the  age of 18. Refugees (from Occupied Palestine) and their descendants make up 70 percent of Gaza’s  population. They are entrapped in an area of 25 x 7 miles making it one of the densest concentrations of  population in the world. In fact Gaza is described as “the world’s largest open air prison.” Almost 96  percent of the drinkable water is unfit for human consumption, and nearly 80 percent of the population  survives on international humanitarian aid. Around 50 percent of Gazans and 75 percent of the youth are  unemployed. Gaza has been described as “a toxic waste dump.”

In 2005, Israel withdrew its settlements from Gaza. It redeployed its troops along the perimeter of Gaza.  A ferocious blockade was imposed. No merchandise could move in or out of Gaza without Israeli  permission. Gaza’s airspace, territorial waters, power supply, and internet were all controlled by Israel. Under  international law, Gaza remained an occupied territory. Human Rights Watch and other international  human rights organizations described Israel’s blockade of Gaza and actions against its people as “crimes  against humanity.”

In 2003, much before Hamas came to power, Gaza was described by Professor Baruch Kimmerling of the  Hebrew University, as “the largest concentration camp ever to exist.” Coming from an Israeli, possibly a  survivor of the Nazi concentration camps, this was descriptive enough. However, recently the similarly  respected US scholar, Norman Finkelstein, who is hated by the US and Israeli establishments, noted that  the situation in Gaza as described by Professor Kimmerling was “a pale comparison” to the situation that  has prevailed in Gaza since its people voted for Hamas in 2006. The election was described by former  President Carter as “fair and free.” The US, Israel and the EU immediately imposed sanctions on the people  of Gaza as punishment for choosing “the wrong government.” The blockade was further tightened in 2007  after an attempt to overthrow the elected Hamas government was frustrated.

In November 2005, there was an agreement regarding Gaza between the Israeli government and the  Palestinian Authority (Hamas was not in power.) After the election of Hamas in 2006, Israel rejected the  agreement while Hamas lived up to it. There were no rockets fired from Gaza into Israel. Nevertheless,  Israel ratcheted up its violence against Gaza and tightened its siege and blockade with the full support of  the US. A pattern was set. After every cease-fire agreement, Israel would completely disregard it and  maintain the siege of Gaza in total violation of the agreement. It would step up its violence while Hamas  sought to live up to the ceasefire agreement by refraining from firing rockets. Israel would deliberately  escalate the violence until an exasperated Hamas finally retaliated with its rockets. Then Israel would  repeat another round of “mowing the grass,” the grass being the Palestinians of Gaza. The US and its  cohorts would chortle about “Israel’s right to defend itself.”

This has been the background to Israel’s “periodic massacres” ever since the Gazans elected Hamas.  Operation Cast Lead in 2008-9, Operation Pillar of Defence in 2012, and Operation Protected Edge in 2014.  In 2018 the Gazans attempted to peacefully breach the inhuman and illegal siege. According to a UN  report, Israeli snipers responded by killing defence less children, medics, journalists, the disabled in  wheelchairs including a child, the elderly etc. Snipers select their targets. And now the world has just  witnessed another Israeli bombing designed to make life worse than hell for those hopelessly trapped in  their homes, except that so many of their homes became their graves. Yet, as far as western governments  and media are concerned all of Israel’s massacres of Palestinians begin with Hamas’ firing of rockets! The  15 year old siege of Gaza continues with no end in sight.

The latest situation in Gaza was triggered by Israel’s planned provocations in the West Bank, particularly  in Sheikh Jarrah, and against Masjid-al-Aqsa in East Jerusalem. Netanyahu, facing corruption charges  included the fanatical Jewish Power party in his government and unleashed their goons in Sheikh Jarrah,  the West Bank and the First Qibla under the protection of the Israeli police. As always the plan is to  provoke the sentiments of the Palestinians beyond endurance and then assault and kill them with  American assurances that no consequences would follow, nor would American military supplies and  financial assistance stop for a moment.

The UN position of a two-state solution has been killed by the US and Israel leaving only a single-state  solution in which Israel will not tolerate a Palestinian “minority” lifting its head against an apartheid state  in which they can have no rights. Israel has always preferred territorial expansion to peace and the US has  consistently blocked realistic peace efforts for a two-state solution in accordance with UN resolutions,  which it officially endorses.

As for the Muslim and Arab world, the less said the better. The OIC could not agree on an action plan. The  richest of the Arab states are today de facto allies of Israel against the Palestinians and dependent on the  US for protection against their own people who are deeply moved and outraged by the plight of their  Palestinian brethren. Muslim leaders are running from pillar to post in a concerted show of “phurti” or  activity in lieu of any intention to do anything. The Kashmiris and the Palestinians are truly betrayed  brothers. Thank God, Allama Iqbal is not here to bear unbearable witness to the sorry plight of the Muslim  world today.

The Republican party’s refusal to allow an independent commission inquiry into the January 6 assault on  Capitol Hill and Israel’s refusal to cooperate with a UN inquiry into its latest assault on Gaza underline their  partnership in crime, hypocrisy, racism, war and genocide. These words are not extreme; the facts are.

The writer is a former ambassador to the US, India and China and head of UN missions in Iraq and Sudan.