*Families of deceased to receive Rs 1.5 million
*injured passengers will be given Rs 50,000 to Rs 300,000 for minor and severe injuries 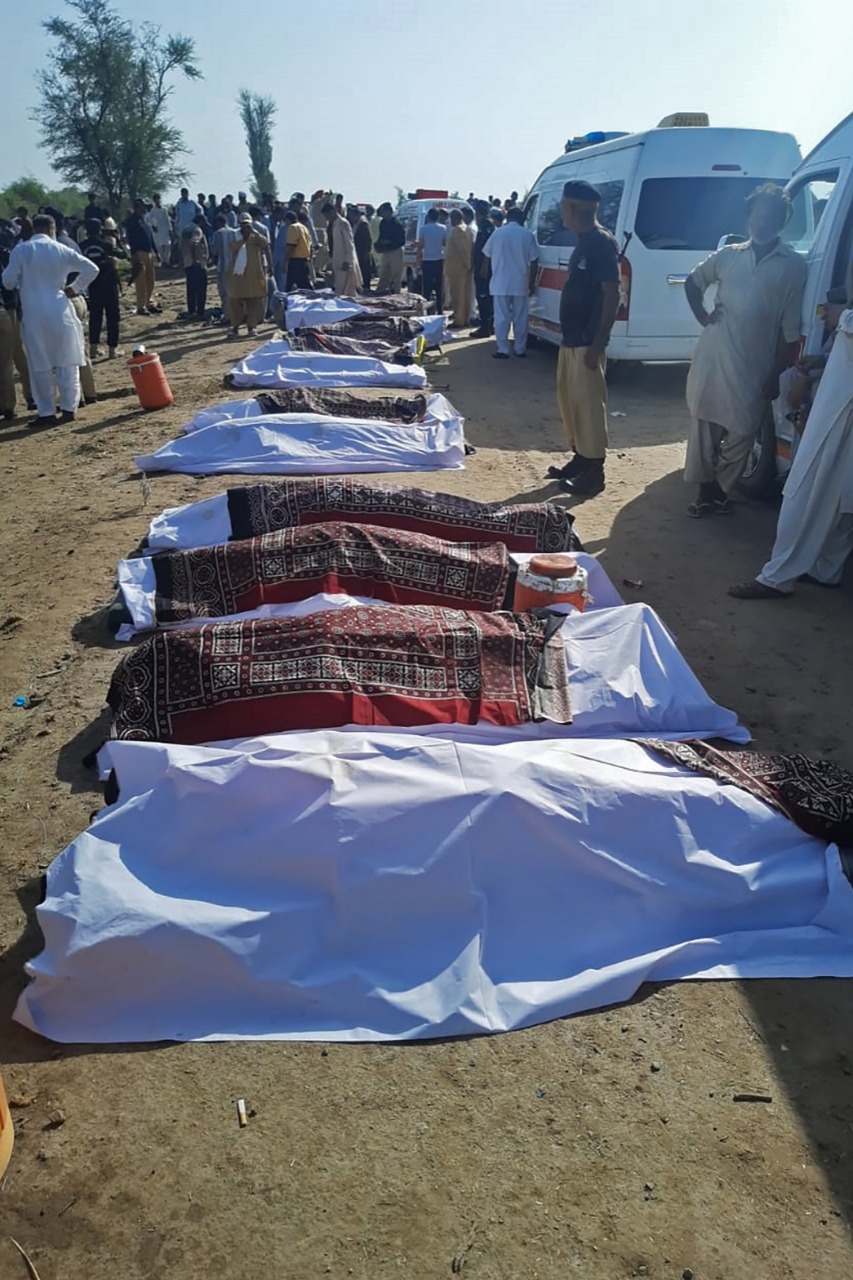 Gov’t has announced to compensate the families of the deceased with Rs 1.5 million.

The management of Pakistan Railways has extended their sympathies and condolences to the bereaved.

Railway spokesman told the media that the railway administration has started collecting data on the train accident victims on an emergency basis. The railway department will start the process of providing relief money as soon as the data is gathered.

The prime minister has already ordered a comprehensive investigation of the unfortunate incident.

A relief train has been rerouted from Rohri to the accident location, according to a railway official. Railways, local police, and local government officials are on the scene to assist with relief efforts, and aid centres have been established in Karachi, Sukkur, Faisalabad, and Rawalpindi.

According to the spokesperson, most of the injured have been discharged after receiving first attention, and trains will be rerouted to their destinations as soon as the track is restored. Sir Syed Express passengers have been rerouted to Sadiqabad railway station.

18 are now in stable condition, and a few of them have been discharged.

The injured are from different parts of the country. The relatives of the injured are reaching the hospital to be with their loved ones. 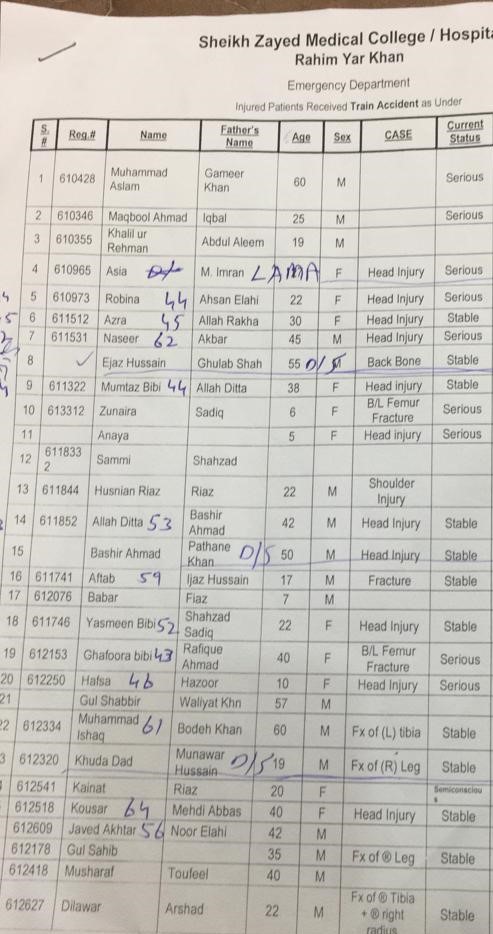 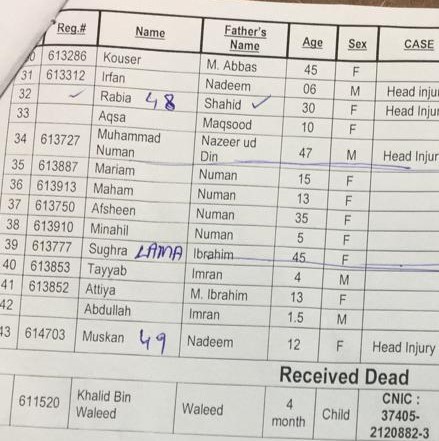 The department of emergency shared a document with the details of the injured people.

According to the details shared by Taluka hospital Ubaro, 9 people have died in the hospital’s emergency ward. 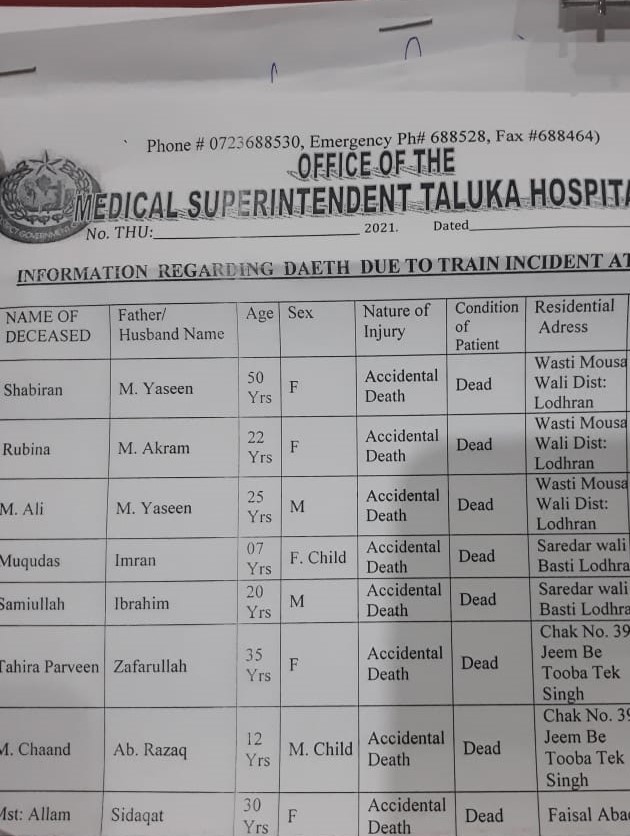 The total death count is reported to be n excess of 45 up till now.