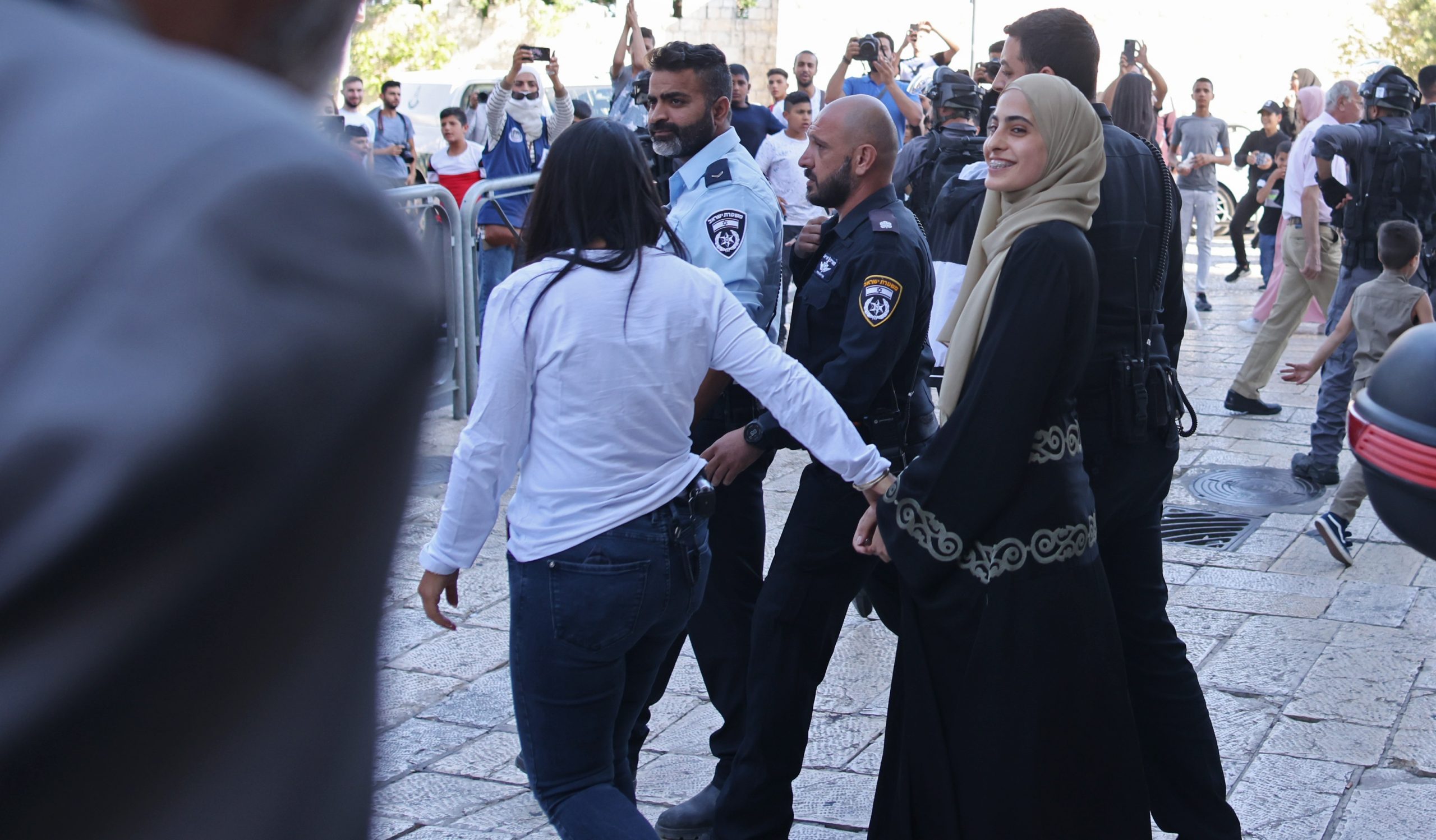 JERUSALEM: Israeli police on Sunday detained the prominent activist El-Kurd twins, whose campaign against the threatened expulsion of Palestinian families from homes in the Israel-annexed east Jerusalem neighbourhood of Sheikh Jarrah has found a global audience.

On Sunday morning, police arrested Mona el-Kurd, 23, at her home in Sheikh Jarrah, where a legal battle between Israeli settlers and several Palestinian families has crystallised anger over Israel’s settlement movement. They also left a summons for her twin brother, Muhammad, their father told AFP.

Israeli police told AFP that Mona was ‘suspected’ of having participated in ‘riots’ and other recent incidents in Sheikh Jarrah. They did not give details on the status of Mohammad, who had handed himself in after the summons, but family lawyer Nasser Odeh indicated that the 23-year-old remained under investigation.

Protesters had gathered outside the east Jerusalem police station, where their father, Nabil el-Kurd, told AFP that his daughter’s arrest was part of an operation to terrorise the parents, because the voice that emerged from the neighbourhood was thanks to its youth. Protests in Sheikh Jarrah spread early last month into the city’s Al-Aqsa Mosque compound, sparking a crackdown by Israeli forces against Palestinians there that further inflamed tensions.

While Palestinians and their backers see the issue as a microcosm of Israeli efforts to push them out of the highly contested city, Jewish settlers and their supporters have labelled it a ‘property dispute’ to be decided by Israeli courts. Last month, Israel’s Foreign Ministry accused Palestinian groups of presenting a ‘real-estate dispute’ between private parties, as a nationalistic cause to ‘incite violence.’

The el-Kurd twins, from one of the families that faces being ousted from their home, have led an active protest movement on the streets and online. They have gained hundreds of thousands of followers on platforms, including Twitter and Instagram, using hashtags #SheikhJarrah and #SaveSheikhJarrah to bring their neighbourhood’s plight global attention.

Video posted online on Sunday showed Mona being led away in handcuffs. Speaking to journalists outside the police station, their father said that Palestinian residents would stay in Sheikh Jarrah to document the facts and show the terrorism practiced by the Israeli government.

“Our weapon is the tongue and the camera,” he said. “Muhammad and Mona made the whole world turn around for our cause.” Last month, as tensions in Jerusalem mounted during the build-up to the Gaza fighting, the Israeli Supreme Court postponed a hearing in the Sheikh Jarrah cases until further notice.

Under Israeli law, if Jews can prove that their families lived in east Jerusalem before the 1948 Arab-Israeli war that created the State of Israel, they can request the return of ‘their’ property, even if Palestinian families have been living there for decades. Palestinians whose ancestors became refugees in the 1948 war have no means to retrieve their homes or land in modern-day Israel.

Israeli right groups Ir Amim says up to 1,000 Palestinians in Sheikh Jarrah and the nearby Silwan district face being displaced. Sheikh Jarrah has also drawn the attention of press freedom watchdogs, as journalists say they have been targeted by the Israeli police while trying to report on demonstrations there.

On Saturday, Israeli forces arrested Al Jazeera reporter Givara Budeiri in a brutal manner, the network said in a statement, adding that authorities had destroyed a videographer’s camera as he was trying to work. Budeiri was released from custody several hours after her arrest.

Al Jazeera television’s acting director-general Mostefa Souag decried the systematic targeting of journalists, dubbing it in total violation of all international conventions. The Paris-headquartered Reporters Sans Frontiers (RSF) has voiced concern over Israel’s disproportionate use of force against journalists.

It criticised attacks on reporters filming in Sheikh Jarrah, the detention of Palestinian reporters, and Israel’s demolition of a tower in the besieged Gaza Strip where news outlets operated. During attack on Gaza, Israel levelled the 13-storey building that housed the Al Jazeera television along with the Associated Press news agency after warning structure’s owner to evacuate.