Wagner gets Burns as New Zealand press for victory over England 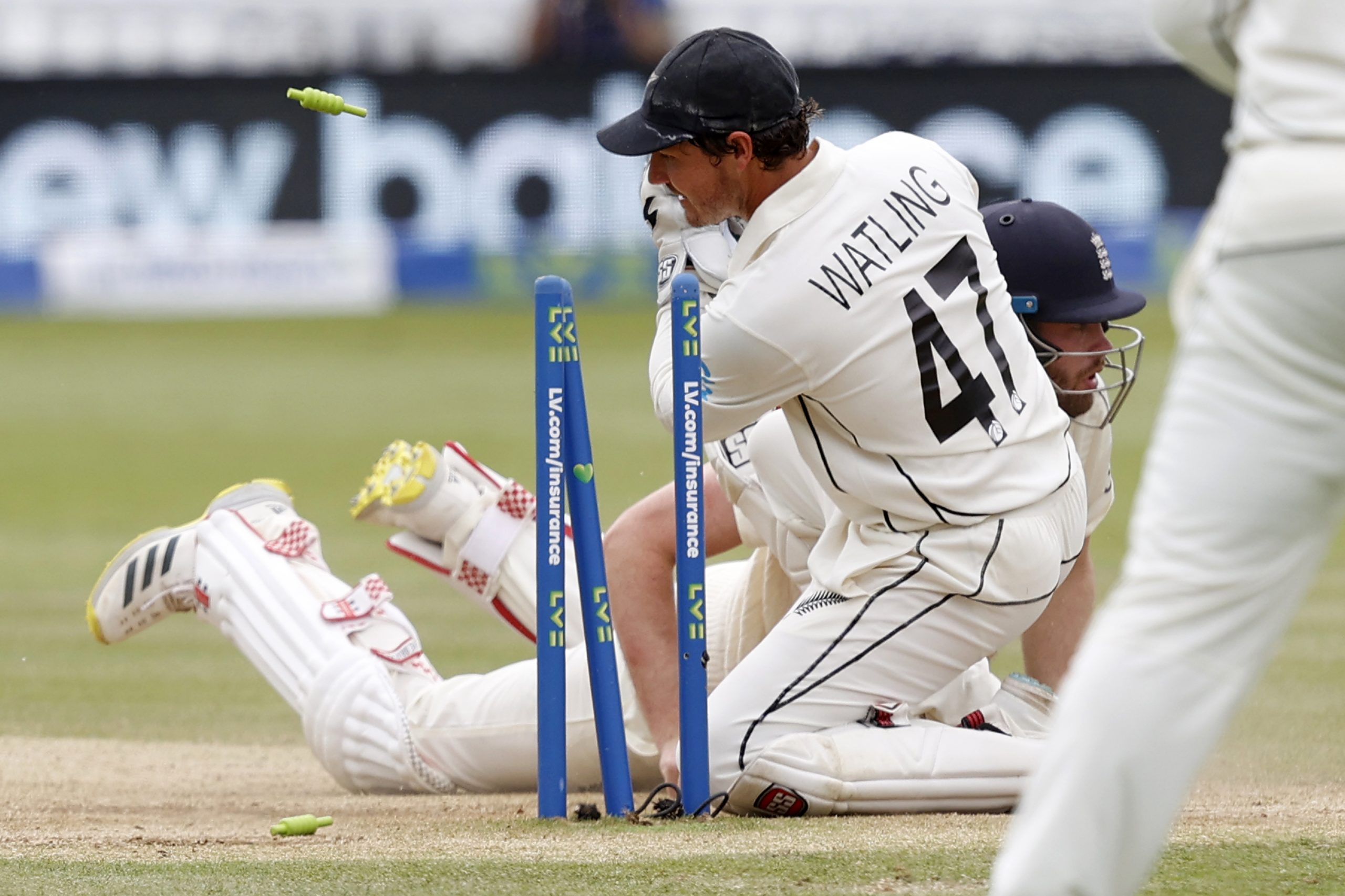 Neil Wagner saw off first-innings century-maker Rory Burns as New Zealand pressed for an enterprising win over England in the first Test at Lord’s on Sunday.

Black Caps skipper Kane Williamson’s bold declaration at lunch on Sunday’s fifth and final day left England with a target of 273 in 75 overs to win the first of this two-match series after the whole of Friday’s play was washed out.

But England did not appear in any mood to take up the challenge as they reached tea on 56-2, needing a further 217 runs from 43 overs.

Burns, who anchored England’s modest first-innings 275 with 132, had made 25 when he edged a swinging delivery from left-arm paceman Wagner low to second slip Tim Southee.

Southee, who had taken 6-43 in England’s first innings, had Zak Crawley out for a second two of the game when his sliced drive off a swinging ball to Henry Nicholls in the gully.

Dom Sibley, out for nought in the first innings, had ground his way to just 19 not out off 83 balls, with England captain Joe Root yet to score after coming in just before the break.

Wagner, one of several South Africa-born players in New Zealand’s XI, had tea figures of 1-5 in six overs, with Southee taking 1-21 in nine.

New Zealand’s Devon Conway had marked his Test debut with a remarkable 200 in the tourists’ first innings 378.

But New Zealand were missing left-arm spearhead Trent Boult, who only arrived in the UK on Friday after a period of family leave.

England, however, were without four batsmen well-suited to a run chase in injured all-rounder Ben Stokes, with Jos Buttler, Jonny Bairstow and Chris Woakes all rested following quarantine after their stints in the Indian Premier League.

Earlier New Zealand, who after next week’s second Test at Edgbaston face India in the inaugural World Test Championship final, saw Ross Taylor make a brisk 33 before Williamson declared on 169-6.

England debutant paceman Ollie Robinson had nightwatchman Wagner caught behind by fellow newcomer James Bracey for 10 on his way to figures of 3-26.

That followed his 4-75 in the first innings and the 42 he made when England batted first time around.

But Robinson’s Test bow has been overshadowed by the republication of racist tweets he first posted as a teenager.

Tom Latham (36), however was lbw to Stuart Broad — the England great’s first wicket in a Test in his last 81.2 overs, since he dismissed Sri Lanka’s Angelo Mathews in the first innings at Galle in January.

Taylor’s breezy innings, which featured two sixes, ended when an edged drive off fast bowler Mark Wood was well caught by Bracey, diving to his right.

Root then struck with his occasional off-spin when he had Nicholls well taken at slip by Burns.