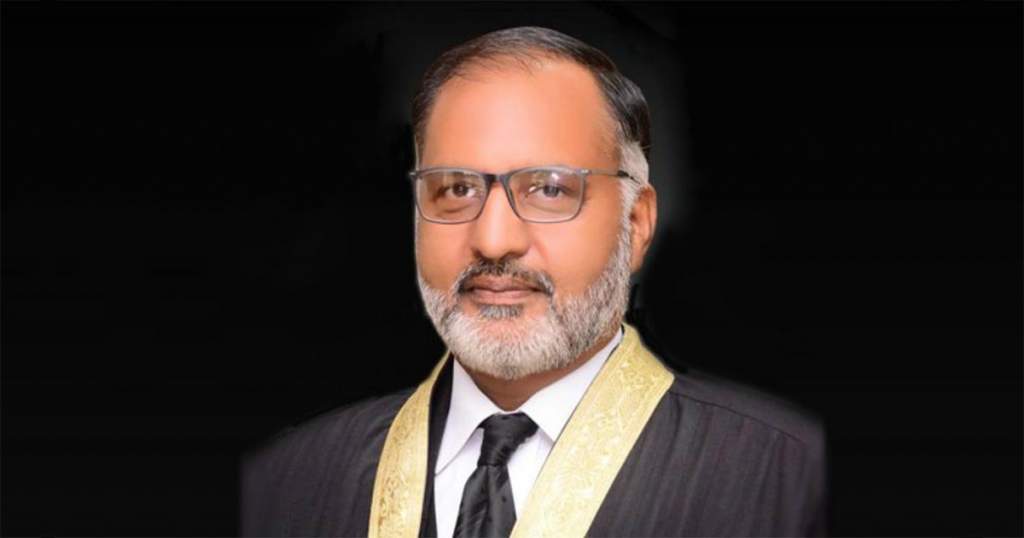 ISLAMABAD: The Supreme Court on Monday will take up the petition of sacked judge of Islamabad High Court Shaukat Aziz Siddiqui, challenging the notification of the President terminating his service.

Shaukat Aziz Siddiqui had filed an application in the Supreme Court on April 28, requesting for fixing his case at the earliest, as he was going to retire on June 30.

Shoukat Aziz Siddiqui had challenged before the apex court the decision of the Supreme Judicial Council (SJC), recommending his removal from his post for misconduct and a notification of the government issued on Oct 11, 2018, terminating his service.

The Supreme Judicial Council (SJC) recommended removing Islamabad High Court judge Justice Shaukat Siddiqui from his office for leveling serious allegations against state institutions, including the judiciary and the premier state intelligence agency, during a speech at the District Bar Association, Rawalpindi.