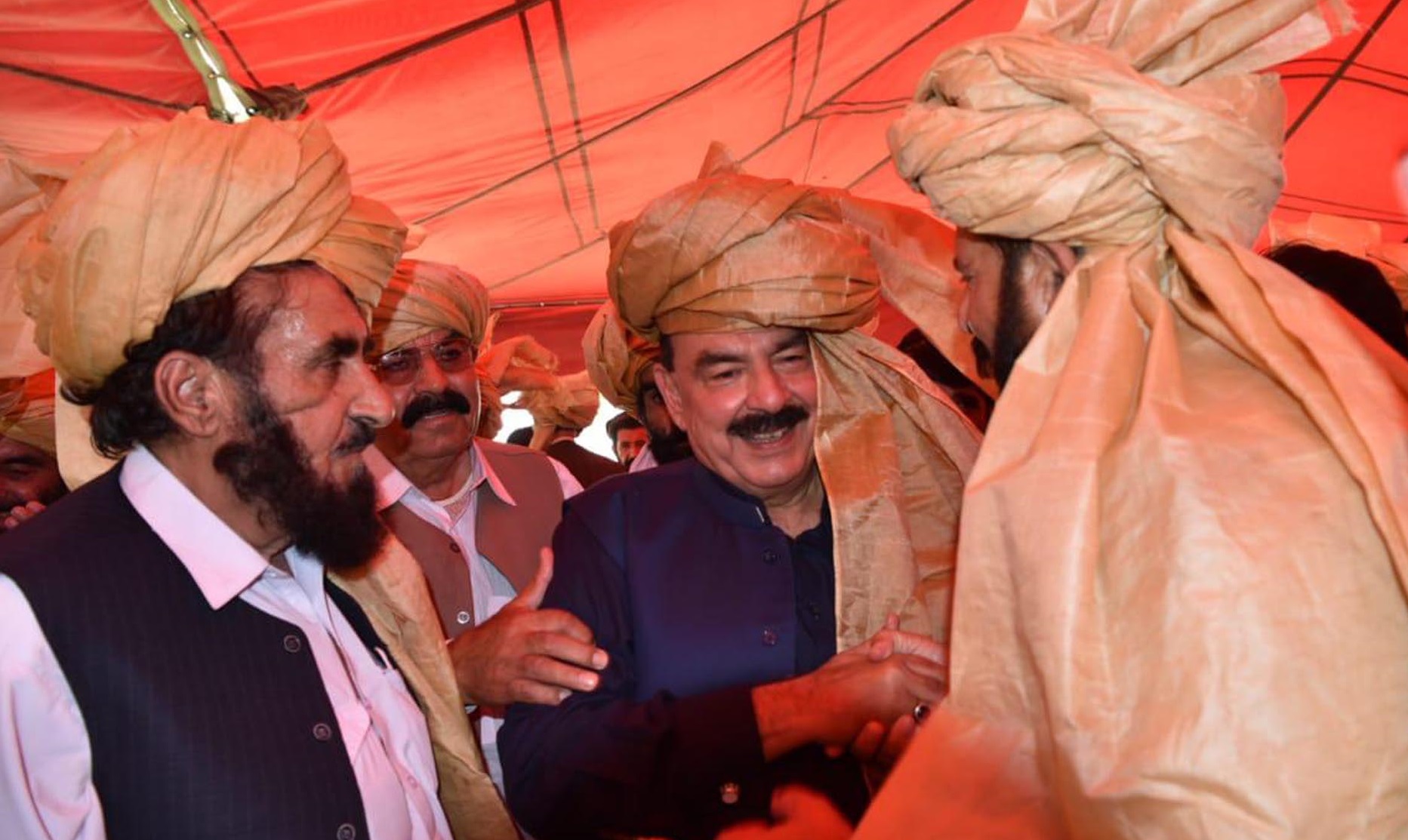 PESHAWAR: Minister for Interior Sheikh Rasheed Ahmad on Saturday inaugurated the first passport office in Miranshah, the district headquarters of North Waziristan, to facilitate people who have to travel to other districts for the basic facility.

Addressing the inauguration ceremony, he said that the government has paying special attention towards the uplift of the merged districts and for the purpose allocated special funds. The ceremony was attended by tribal elders and notable of the area.

The interior minister acknowledged unprecedented sacrifices of the tribal people to safeguard motherland from enemies. He said that they always stood shoulder-to-shoulder with the army against terrorists. He lauded the support of tribal people to armed forces for restoration of durable peace in the region.

“You tribal people fight the war for survival of the country and the entire nation is proud of your bravery and sacrifices,” he said. He said that personally he was in favour of the Jirga system as it provided a good alternative justice system due to involvement of local elders who understood issues of the community better.

“I will talk to Prime Minister Imran Khan to restore Jirga system as alternative justice system,” he said. He said that the social fabric of Waziristan was unique, and the government would work to strengthen local customs, traditions and laws. He said that he would also hold talks with federal minister for law to frame laws in line with local customs and traditions.

He said that local people would be recruited in the National Base and Registration Authority (NADRA) and passport office on the merit. On the occasion, he also announced two NADRA mobile vans for the registration process in remote areas of North Waziristan.

The interior minister said that immigration process would be made easy at Pak-Afghan border to facilitate movements at the border. He said that a passport office would be also setup at Angor Adda. He said internet services had been restored in South Waziristan and this facility would be extended to North Waziristan by this year.

Earlier, tribal elders and local notables warmly received the interior minister on his arrival at North Waziristan and presented him traditional Pashtun turban. They briefed the minister about various problems being faced by local people.