Pakistan, Germany should focus on trade and not aid: Yousuf Raza Gilani 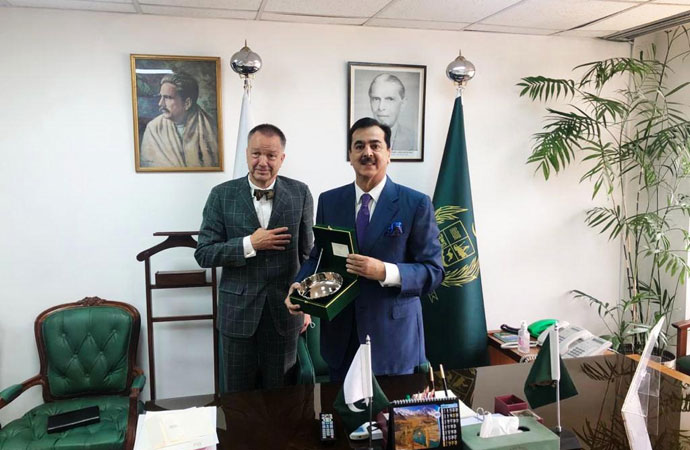 Senator Gillani sharing details of his visit to Germany, during his premiership stressed the need of furthering the cordial ties between the two countries especially enhanced cooperation in Economic and Trade sectors.

He stated that during his visit to Germany, Chancellor Angela Merkel remarked that stabilizing the economy of Pakistan will help it combat terrorism, this is the reason our cooperation should be focused on trade not aid.

Yousuf Raza Gilani also discussed the relations with European Union and GST Plus Status with the Ambassador and they both agreed that both the countries will support each other on core issues at different international forums.

Both the dignitaries stressed the need for further cooperation in different sectors through enhanced Parliamentary interaction.