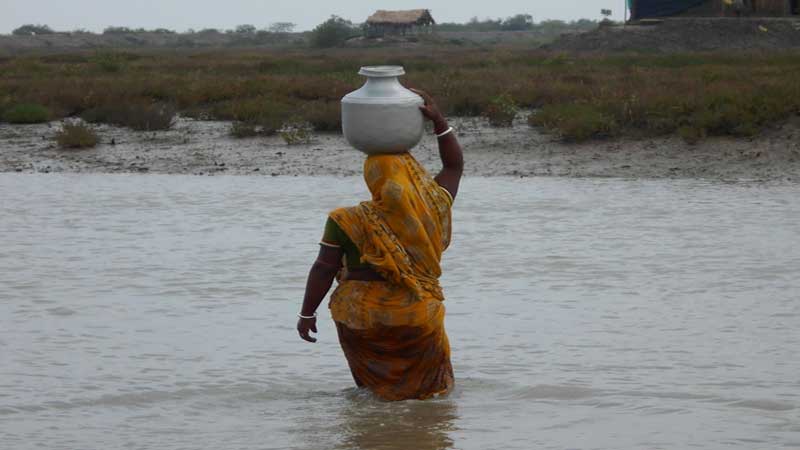 MITHI: Aijiz Dhamrah, the provincial secretary of the Pakistan Peoples Party (PPP) Sindh chapter, has said that functionaries of the Imran Khan-led PTI government have always tried to push Sindh to backwardness through their ill-conceived and anti-people policies.
Speaking to the media persons here on Friday at Tharani House, the PPP leader deplored that insane and incompetent rulers sitting in Islamabad had no acumen or plans to boost the agriculture sector and to provide any relief to farming communities across the country. He said that people of the country were groaning under the worst governance, a price hike. inflation mainly due to the flawed policies of Imran Khan and his insane team members.
He said that the people of Sindh were ready to launch the massive protest movement against the artificial water crisis being created by rulers.
Not only is the economy at stake but also the livelihoods of many farmers across the province’ he said. Aijiz said depriving Sindh of its due share of irrigation water was a crude joke with the people of the province adding he held the chairman of Irsa and the high-ups of the federal government responsible for the banditry on the waters of Sindh’s share at Taunsa-Panjnad Link Canal. He said that the agriculture sector had already suffered a lot due to self-centered policies of the rulers imposed on the country and water crisis in the tail-end areas would further cause the destruction and devastation for the farmers in a number of the districts adding he warned of the backlash from people of Sindh if was continued to be denied of the due share of water as per the 1990  water accord. The PPP leaders asked the rulers in Islamabad to mend their ways and treat all federating units alike and to ensure the water shares and resources with no discrimination. He said that currently, all barrages of Sindh were facing the worst water shortage due to which farmers, as well as the common people, were forced to come on the roads to register their protests after failing to get their due share of water in almost every part of the province adding he made it clear despite the record shortage inflows high-ups as well as officials were trying their best to ensure the fair and judicious water distribution in canals across Sindh. The Sindh minister said that the PPP  leadership had always believed in the freedom of the press and said that those who had failed to deliver goods to people were trying to muzzle the media. He said that those, who were claiming to boost the economy of the country were just trying to hoodwink the people and trying to distract the attention of people from the hikes in the prices and worst governance.He warned of the dire consequences if water was not provided in rice cultivation zones of the province and added that entire Pakistan might face a severe food crisis if farmers were not provided with water for the cultivation of paddy.
Mr Dhamrah also lashed out at  some lawmakers of PTI, who according to him, instead of  asking high-ups of the federal government to ensure the fair water distribution across the country as per the indent, were issuing concocted  statements while sitting in Islamabad and Karachi. Dhmarah asked the PTI leaders from Sindh to read the chalking on the wall and stop duping the people just to please their masters, who according to him, had miserably failed to provide any relief to the masses. The PPP leader said that present rulers had unleashed the region of terror on the opponents especially against PPP leaders. Engineer Gayanchand,  Amar Kundan Malhi and other PPP leaders were present during the media talk.