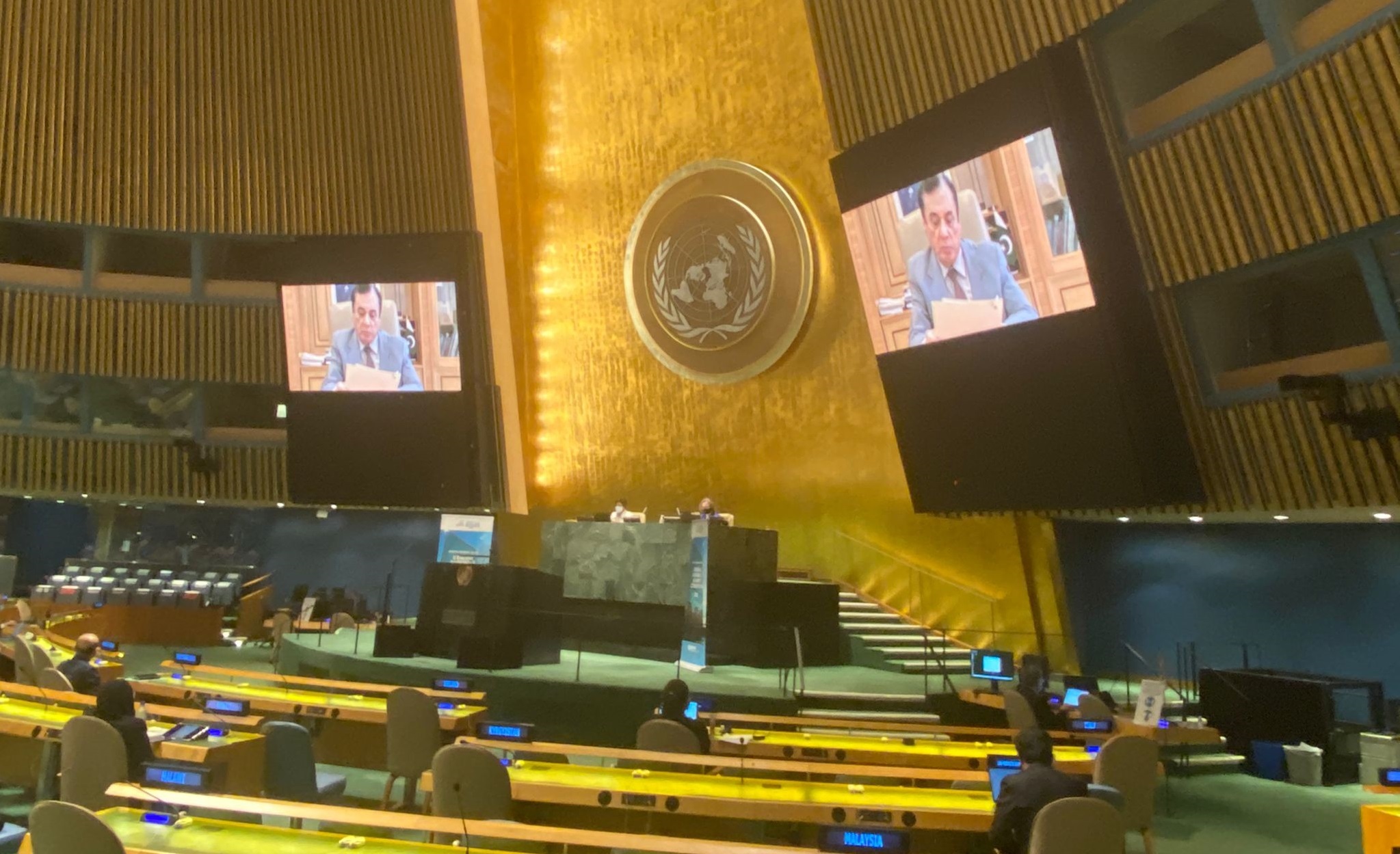 “We believe that corruption should be prevented in all its forms and a culture of rejection of corrupt practices should be fostered at all levels,” he said in his address to the UN General Assembly’s first-ever special session against corruption via a video message.

In this regard, he called for reinforcing the global fight against corruption, through strengthened international cooperation to efficiently prevent, detect, investigate and prosecute the scourge as well as to apply effective, proportionate and dissuasive penalties and recover criminal assets.

“Fighting corruption is a fundamental precondition for upholding the rule of law, peace and security, achieving sustainable development and respect for human rights and fundamental freedoms,” he told delegates from around the world.

“It is also an integral part of the international commitment to end poverty, curb illicit financial flows and ensure that all people enjoy peace and prosperity.” Referring to increasing significance of the UN Convention against Corruption (UNCAC) in addressing corruption, he said that the asset recovery was one of its fundamental principles and a matter of high priority for Pakistan.

Despite explicit UNCAC articles, he said that there was an increase in the barriers and challenges in the asset recovery process and return to the countries of origin. “There is a growing concern that lack of political will, unnecessary delays, procedural complexities, bureaucratic hurdles and legal barriers in requested states, as well as high cost of asset recovery, continue to impede effective international cooperation in area of asset recovery,” he said.

Underscoring that the assets should be returned without conditionalities, he called for new commitments that are bold, clear and concrete to strengthen the existing international framework to prevent corruption and to end impunity. He urged the Assembly to develop ideas on the following priority areas: immediate return of stolen assets; penalties on the financial institutions, lawyers and accountants, and other enablers of corruption, crime and tax evasion; disclosure of the beneficial ownership of companies; a global minimum corporate tax; fair digital taxation; review and revision of unequal investment treaties; and a coherent, transparent and inclusive mechanism for monitoring illicit financial flows set up under UN.

Javed Iqbal urged the General Assembly to consider the establishment of an open-ended intergovernmental working group to prepare concrete and technical proposals for supplementary frameworks, including the possibility of an additional protocol, to address gaps in the UNCAC, in particular related to the swift return of stolen assets.

For its part, he said that Pakistan’s commitment to eradicating corruption remains clear and firm, pointing to the establishment of a comprehensive legal and institutional framework for controlling and combating corruption. “Over the years, we have also taken steps to improve institutional capacity and align domestic laws with international norms and standards embodied in the UNCAC,” he said.