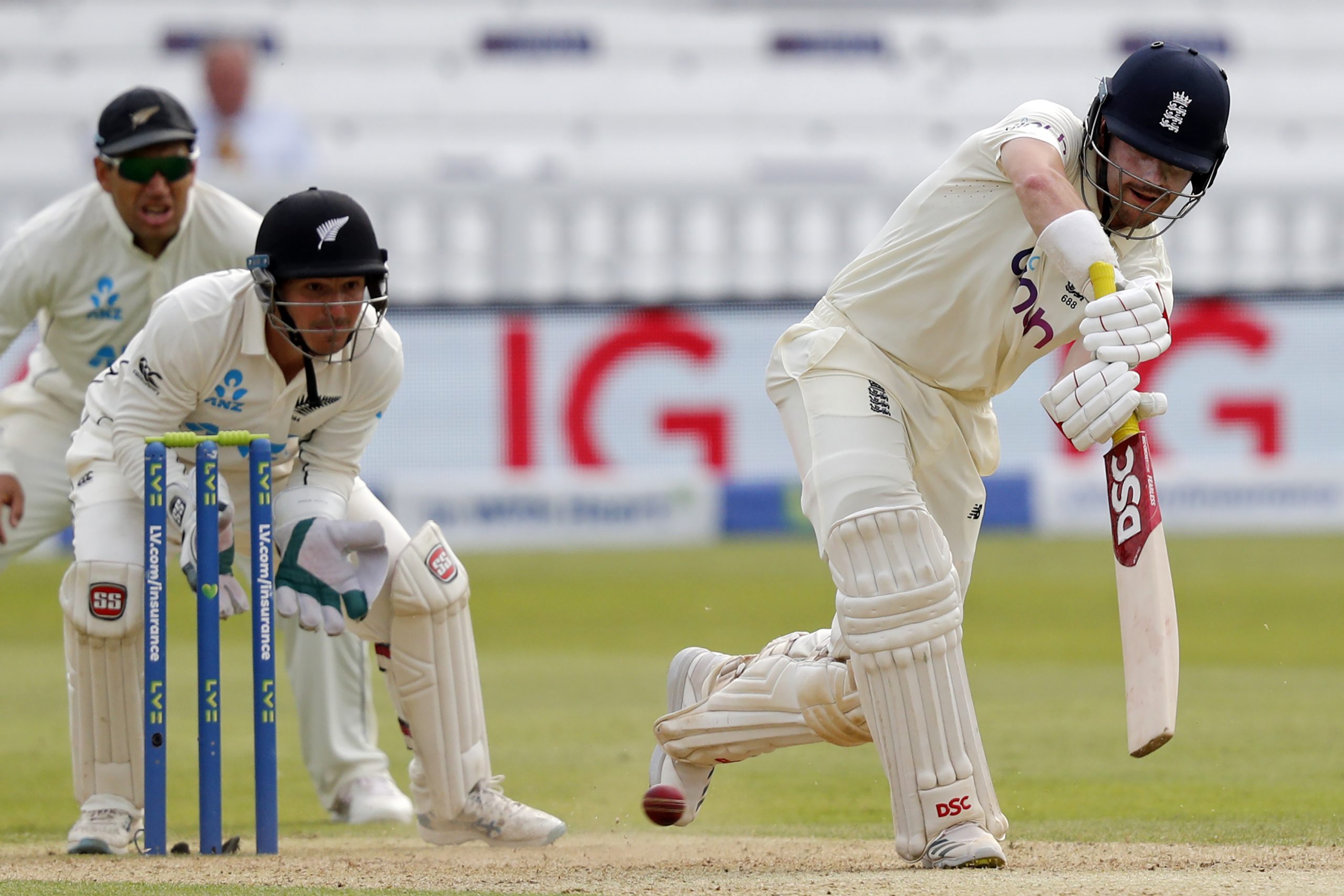 Rain delayed the scheduled start of the third day’s play in the first Test between England and New Zealand at Lord’s on Friday.

England were 111-2 in reply to New Zealand’s first innings 378 featuring debutant Devon Conway’s 200 — the highest score by a batsman making their Test bow in England. The hosts, now 267 runs behind, slumped to 18-2 before ending the second day with Rory Burns 59 not out and England captain Joe Root 42 not out following an unbroken stand of 93. New Zealand looked like they might bat England out of the game while Conway and fellow left-hander Henry Nicholls (61) were sharing a fourth-wicket stand of 174. But they lost four wickets for just six runs as they slumped from 288-3 to 294-7, with Mark Wood, the fastest member of England’s pace quartet, instigating a collapse.

Meanwhile Test debutant paceman Ollie Robinson led England’s attack with 4-75. The second day’s play had been due to start at 11:00 am (1000 GMT). This match marks the return of spectators to international cricket in England after last season’s fixtures were all played behind closed doors because of coronavirus restrictions. It is the first of a two-match series, with New Zealand then remaining in England to face India in the inaugural World Test Championship final at Hampshire’s Ageas Bowl headquarters.