In a meeting with Nong Rong, Farrukh Habib suggests cooperation in film industries 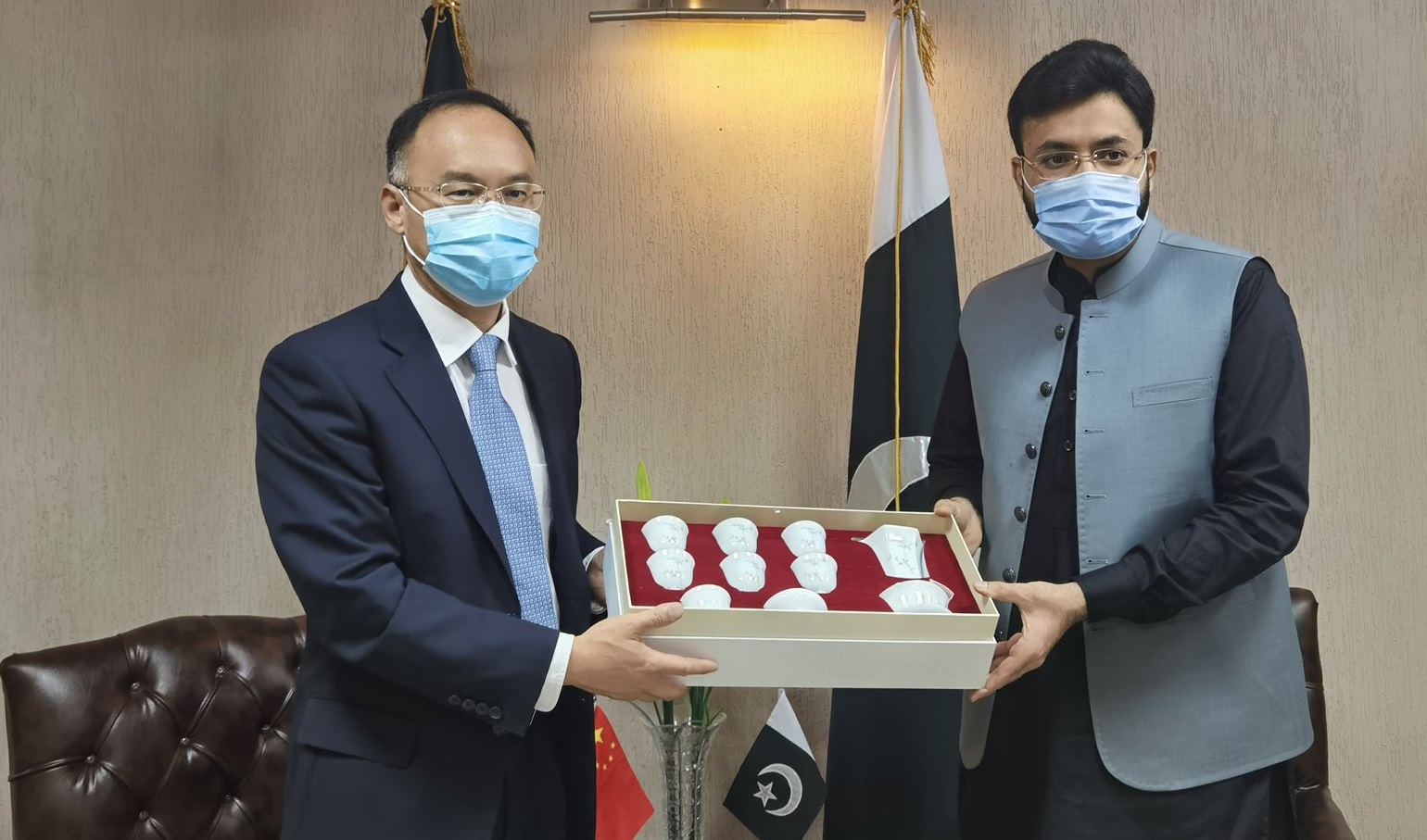 ISLAMABAD: State Minister for Information and Broadcasting Farrukh Habib on Tuesday underlined the need for enhanced cooperation and close coordination between the media industries of Pakistan and China.

In a meeting with Chinese Ambassador to Pakistan Nong Rong who called on him at his office in Islamabad, he said that news organizations, including the Pakistan Television Cooperation (PTV), the Associated Press of Pakistan (APP) and Xinhua news agency had already signed memorandums of understanding for the purpose, but there was a need to expand the cooperation to film industries.

The ambassador said that Pakistani media played an important role in disseminating positive information about the China-Pakistan Economic Corridor (CPEC), dispelling propaganda of the countries hostile to the initiative. He stressed on strengthening business-to-business cooperation between the two countries. He said that trade is a good beginning for all kinds of cooperation.”

The state minister said that CPEC was a flagship project of the Belt Road Initiative (BRI), which was crucial to regional connectivity. He apprised the envoy about the progress made on the Allama Iqbal Special Economic Zone (SEZ) in Faisalabad, which, he said had great potential for the Chinese investors. He said that necessary infrastructure in economic zone had already been developed.

Glad to meet Mr. Farrukh Habib @FarrukhHabibISF. Appreciate for your passion to enhance media cooperation and the publicity of CPEC projects. Looking forward to visit Faisalabad to explore potential development, and bring more tangible achievement to the people of the region. pic.twitter.com/7fZ7R9JRDi

He stressed the need for joint ventures of both the countries’ companies in the textile sector. He expressed pleasure over the extension of CPEC beyond infrastructure development, social and agriculture cooperation. He called for city-to-city cooperation, research and collaboration on social protection programmes between Pakistan and China.

During the meeting, both the dignitaries exchanged felicitations on the successful completion of 70 years of diplomatic relations between Pakistan and China. Farrukh Habib said that the Karakoram Highway was a testament of strong friendly relations. “We have very favourable sentiments for China and keep Pak-China friendship in high regards,” he remarked.

He congratulated Nong Rong on the completion of 100 years of the establishment of the Communist Party of China (CPC). He appreciated and praised the vision of President Xi Jinping for regional connectivity and promotion of trade. He said that the world in general and Pakistan in particular could learn from China as to how it successfully brought 700 million people out of poverty.

He extended gratitude to the ambassador for the help extended by China in tackling the coronavirus pandemic in Pakistan. Farrukh Habib lauded quick response of China to the pandemic, which helped save many precious lives. He said that Pakistan’s response to COVID was effective and praised by the World Health Organization (WHO). He extended an invitation to the Chinese envoy to visit Faisalabad.