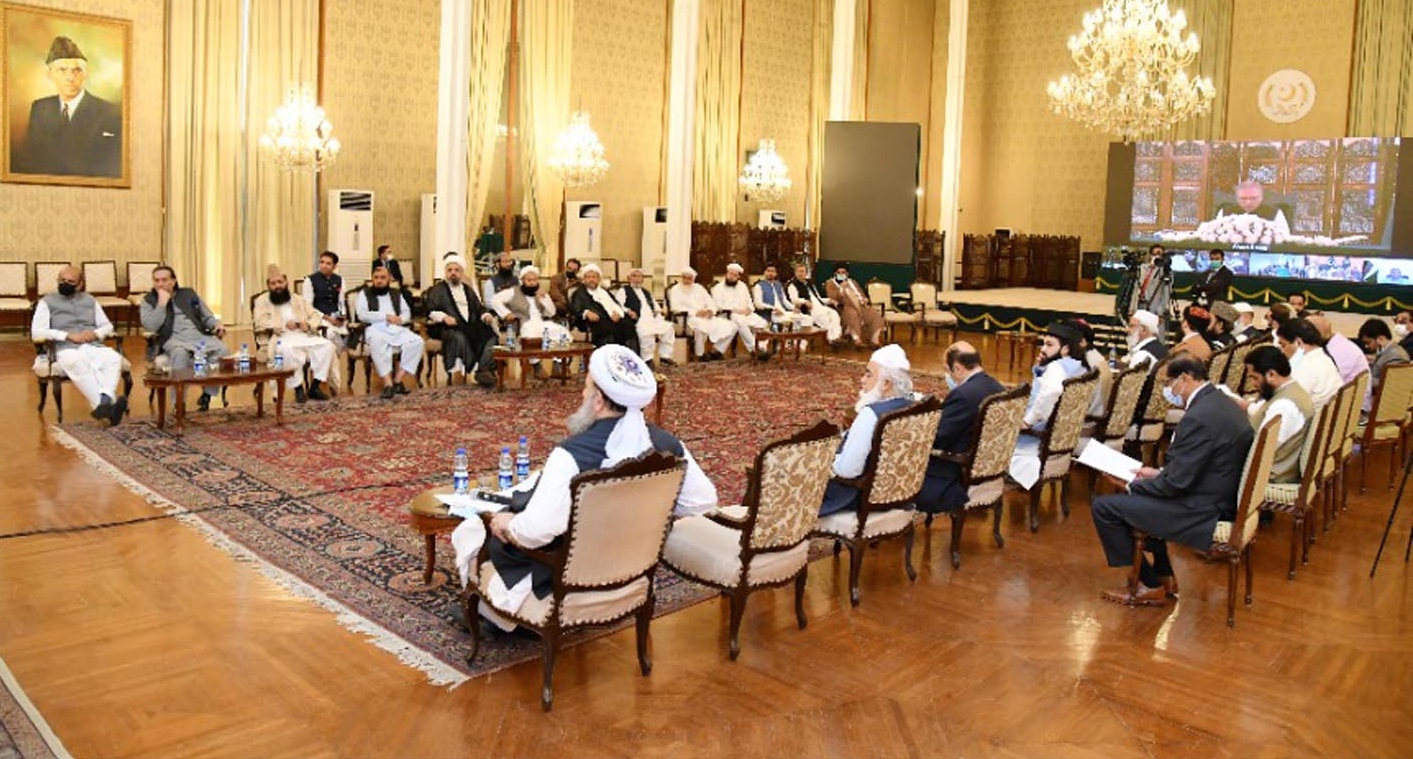 ISLAMABAD: Ulema and Mashaikh on Wednesday expressing their satisfaction over the composition of corona vaccine registered in Pakistan endorsed the view of health experts, who were stressing for vaccination to check the COVID-19 pandemic.

“Protection of lives and health of masses is one of the objectives of religion and Shariah. Since corona is an epidemic, making arrangements to control and treat it is not only a demand of Shariah but an order,” according to a joint statement issued after a consultative meeting of the Islamic scholars from across the country with President Dr Arif Alvi at the presidency.

Minister for Religious Affairs and Interfaith Harmony Pir Noor-ul-Haq Qadri, Islamic Ideology Council (IIC) Chairman Dr Qibla Ayaz were present in the meeting which was also attended through video-link by governors of Balochistan and Gilgit-Baltistan as well as the Islamic scholars from the four provinces, Azad Kashmir and Gilgit-Baltistan.

He said that the vaccination of people will also help the country to move forward with socio-economic activities especially the work of laborers in industries and factories in a better way. According to the joint statement, he said that in order to encourage the people for vaccination, Ulema and Mashaikh would effectively raise their voice from mosques, seminaries, imambargahs, and Khanqahs.

The president said that on the coming Friday prayers on June 4, the Islamic scholars in their sermons will specially urge the people to get them vaccinated. He said that they would continue to make such announcements in their sermons. Besides, the Ulema and Mashaikh also have important role in creating awareness about inheritance laws as per religion as well as the importance of mother-feeding which could help check the issue of stunting growth, he said.

He thanked the Ulema and Mashaikh for continued cooperation in the matters of national and religious importance. He said that after the blessings of Almighty Allah, it was the cooperation of Ulema, media, policies of the government and the guidelines of the National Command and Control Center (NCOC) due to which the situation of coronavirus in Pakistan was much better when compared with other countries of the world.