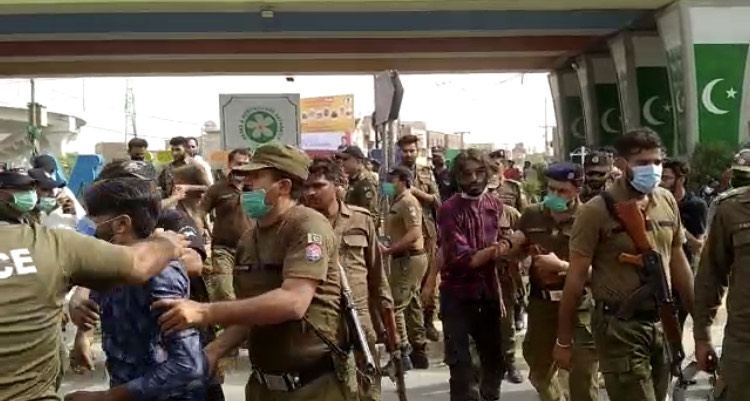 Peshawar: The faculty of the Khyber Pakhtunkhwa universities has announced stopping teaching for an indefinite time after the police baton-charged and tear-gassed their peaceful protest against government reforms in Peshawar on Monday.

The Federation of All Pakistan Universities Academic Staff Association (FAPUASA) has “strongly condemned the brutal use of police force” and announced that all research and academic activities across the country.

The police have arrested at least eight members of the Peshawar University Teachers’ Association (PUTA), stating that these teachers were detained for blocking the road.

Having protested for four days in the University of Peshawar, the members of the PUTA on Monday marched towards the KP Assembly to present their demand that the reduction in allowances of university employees and ending free education for their children. They were also demanding the establishment of the provincial Higher Education Commission (HEC) under the 18th Amendment. The police blocked the protestors and baton-charged them to disperse them. Due to tearing gas shelling, the condition of several teachers went bad and the affected teachers were taken to the Lady Reading Hospital for emergency treatment.