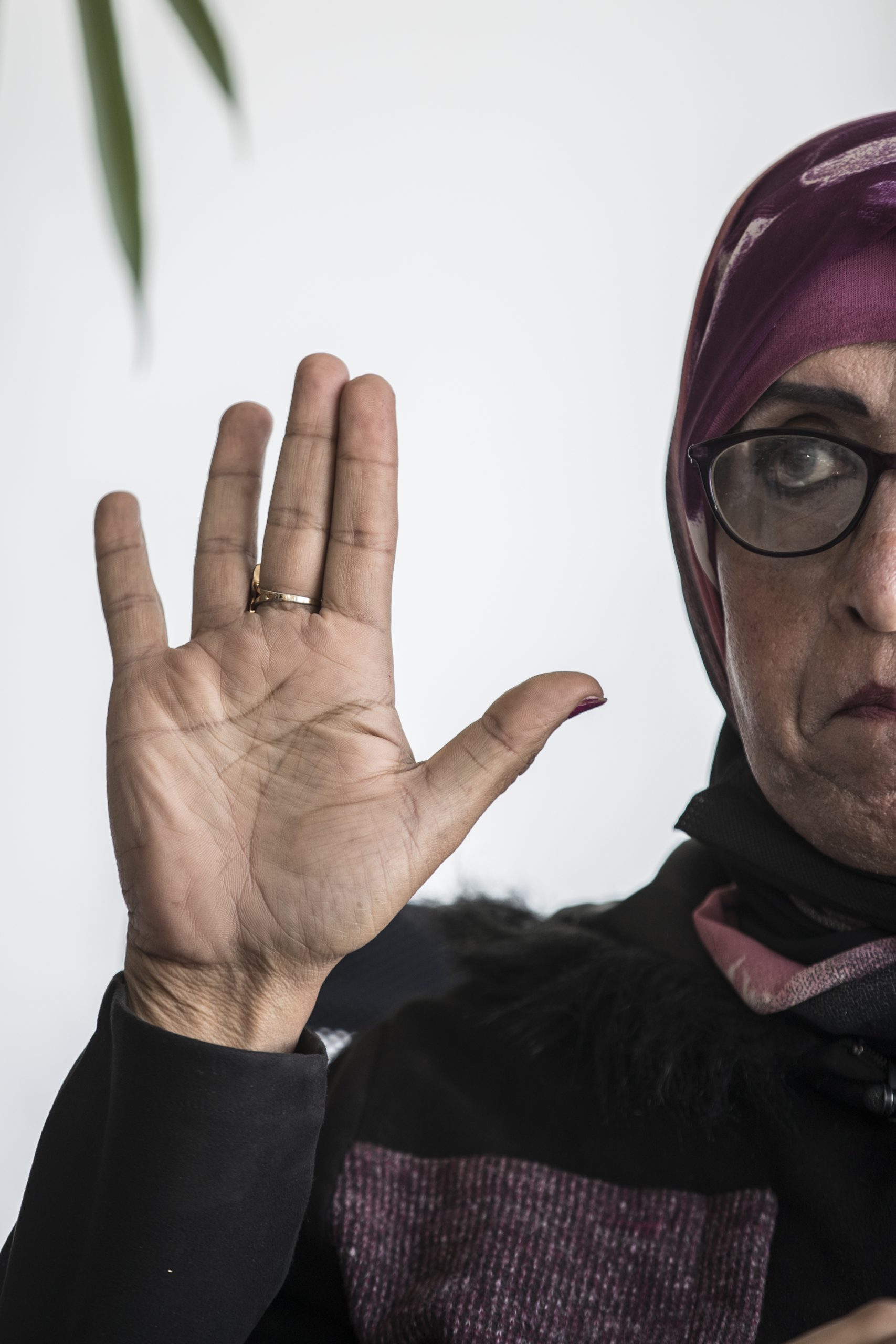 Farida Ramadan, a transgender woman, overcame major hurdles to transition in conservative Egypt, but she is still fighting for her rights in a country where LGBTQ+ people face acute stigma.

Wearing a colourful headscarf, kohl eyeliner and crimson red lipstick, Ramadan, now in her fifties, told AFP that when she was growing up in Damietta, a city in northeastern Egypt, she “was not into boys’ things”. As a teenager, she told some of her family about her gender dysphoria, or conflict between a person’s assigned gender and their identity.

“I was met with disdain and unimaginable mockery,” she said.

She left home in her twenties and in 2000, started the “long, drawn out procedures to get approval from the authorities” for Gender Confirmation Surgery (GCS). But it would take more than 15 years before she could go under the knife. Egyptian law “does not recognise transgender people”, said one of the founding members of rights group Bedayaa, which advocates for the LGBTQ+ community. The Egyptian Medical Syndicate allows for sex reassignment surgeries only with the “approval of a special committee” comprised of medical doctors and clergy from Al-Azhar — Sunni Islam’s leading seat of learning, based in Cairo. The committee relies on a fatwa, or religious edict, that stipulates sex reassignment surgery must be justified by a “biological” issue and “not a mental one”, explained the activist. The syndicate’s bylaws demand “blood and hormone tests, chromosome analysis and minimum of two years of psychotherapy and hormonal treatment”, requirements that exclude many transgender people wanting GCS, though there are no official statistics available on the community in Egypt. The committee only meets sporadically, and there has not been a designated Al-Azhar sheikh for at least two years, said the activist, who asked to remain anonymous.

“No operation can be carried out without the agreement of Al-Azhar.”

Ramadan scrimped and saved for years for GCS, a process made even more difficult when she was fired from her job of 13 years in 2006 due to taking time off for treatment.

“I had no money. I worked, I saved and then I made an appointment,” she said, finally undergoing GCS in 2016. Unemployed today, she has had myriad odd jobs, all of which she has lost due to stigma. On top of that, neighbours shunned her and some health professionals and officials “insulted and assaulted her”, including sexually, she said.

“Those who transition from women to men are in a better situation than us (transgender women) and more socially accepted.”

In a rare moment of support for the transgender community last May, veteran actor Hisham Selim announced he was fully behind his son Nour’s transition from female to male, eliciting an outpouring of sympathy as well as fierce public debate. Six months later, after a television show brought Ramadan on to tell her story, during which she talked of her wish to teach again, Education Minister Tarek Shawki urged Egyptians to “accept” transgender people — a first. But the Bedayaa activist maintains this renewed public conversation doesn’t equal concrete improvement for the lot of transgender people in Egypt. Since President Abdel Fattah al-Sisi came to power in 2014, repression of LGBTQ+ people has increased as part of a wide-ranging crackdown aimed at quashing dissent.

In 2017, LGBTQ+ activist Sarah Hegazi was jailed after waving a rainbow flag at a concert.

She was tortured while in detention, according to rights groups, and sought asylum in Canada following her release.

Hegazi died by suicide last year, sparking a global outpouring of grief. “Both Nour and Farida received support because society believes that transitioning is a ‘correction’,” the Bedayaa activist said. But when Nour publicly voiced his support for Hegazi, compassion quickly turned to “anger and attacks”. And while Shawki had announced he would offer a fixed-term contract to the former teacher, the pledge came to nothing.

Four years ago, Ramadan found a welcome home in a village in the northern Beheria governorate. Every month, the villagers, with their own meagre savings, help her financially to cover her essentials. “Farida was created by God just like everyone else,” Ramadan’s neighbour Om Menna told AFP. Neighbours call her Om Alaa (Alaa’s mother), a name she gave herself when she was young and dreaming of becoming a mother.

“Everyone calls me that in the village and it fills me with joy,” Ramadan said.

While she has found a community that accepts her, she is still fighting to “live with dignity”. “I just want to work,” said Ramadan, who is preparing a lawsuit to claim her rights. “I won’t keep silent. I’m tired, but I haven’t given up.”