I’m available to bat at No. 5: Shoaib Malik 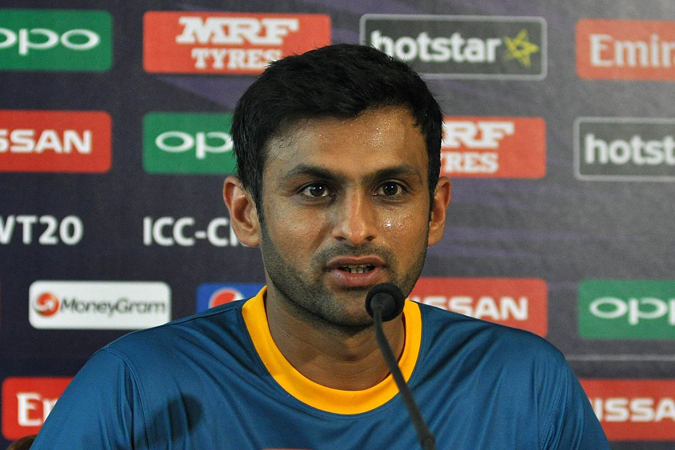 ISLAMABAD: Pakistani veteran all-rounder Shoaib Malik was hopeful of being part of the national squad for the T20 World Cup saying, Pakistan team was struggling to find a suitable batsman at number five and he was available to bat at that spot.

Malik said he was still unaware of the reason behind his exclusion from Pakistan T20 squad after he last represented the national team on England tour in 2020. According to him he was performing and his fitness was up to mark, which should be the main criteria for selection.

“I don’t understand why I was dropped from the team. I don’t want to drag this issue out. It doesn’t matter how old you are. You should meet the team’s criteria in terms of performance, fitness. Most importantly, as a senior player, if you keep the environment of the dressing room healthy and respect your management and young players, then nothing else matters,” cricketpakistan.com.pk quoted him as saying.

“Mohammad Hafeez is performing very well for the team and I have seen him guide the new players. If a senior player like him is in your team, it gives confidence to the team management and the players,” he said.

Malik was also optimistic about playing the T20 World Cup, later this year. “I still believe that I can be useful in the T20 format. I’m not thinking that I won’t play the T20 World Cup, I’m still hopeful about featuring in the World Cup and giving my all. I have always performed to the best of my ability for my teammates and my team but I don’t like to create fuss. I just stick to one direction and give it my best shot. Whenever a young captain, young player and management has needed me, I have always been available,” he said.

Malik called for more clarity in selection and also revealed the details regarding his discussions with current chief selector, Mohammad Wasim, at two different time periods.

“I had a discussion with him twice. In our first chat, I had a very open discussion with him, in which he said that I should play in the top four in the batting-order. I agreed that this would suits my game. There is no doubt that I have played and performed while batting at number five with a good strike-rate. At that time, Pakistan had around 14 T20s left before the T20 World Cup, so he said they will try some other players in half of them and then see the team combination,” he said.

“Then recently I had another discussion with him, in which I said to him that Pakistan team is currently struggling to find a suitable batsman at number five and I am available to bat at that number, to which he agreed and said that they are also thinking along the same lines. Now let’s see what happens, but it was a very good discussion and in a good environment. In our two discussions so far, he never said that I am not in their plans,” he said.