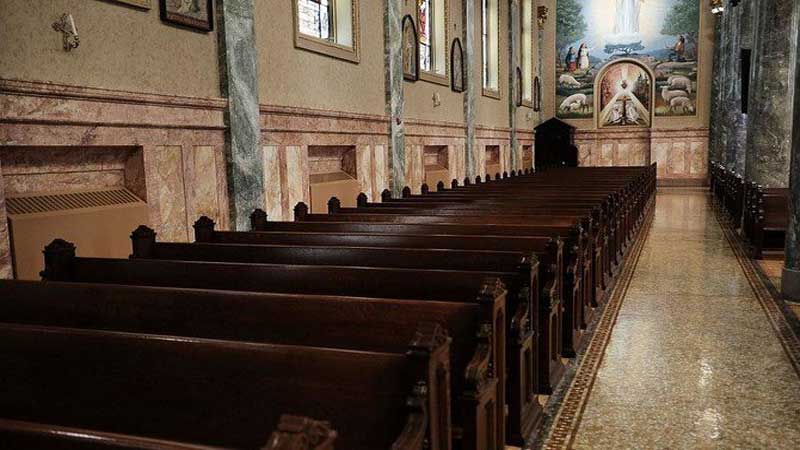 The Catholic Church has been shaken by a string of child sex abuse scandals. In a bid to toughen its stance on paedophile priests and clergy, Pope Francis on Tuesday strengthened canon law on such crimes. Here are some high-profile cases from around the world:

In 2019 Pope Francis defrocked former American cardinal Theodore McCarrick in a first for the Roman Catholic church. He had sexually assaulted a teenager half a century before. A grand jury investigation into Pennsylvania dioceses in 2018 exposed the systematic cover-up by the Church of sexual abuse by “over 300 predator priests”. More than 1,000 child victims were cited. Cardinal Donald Wuerl, accused of a cover-up, resigned. Between 1950 and 2018 the US Catholic Church received credible complaints against 7,002 members of the clergy, according to the website bishop-accountability.org. Several senior Church members in the US have been forced to resign for protecting sex offender priests, including the late cardinal Bernard Law.

In 2019 a French court gave cardinal Philippe Barbarin, archbishop of Lyon, a six-month suspended jail sentence for covering up for a priest, Bernard Preynat, accused of assaulting around 70 scouts between 1986 and 1991. The conviction was overturned on appeal in 2020, but the pope accepted the cardinal’s resignation. Preynat was jailed for five years in 2020. In March this year an independent inquiry found that at least 10,000 children had been victims of clerical abuse in France since 1950. The French Catholic Church said it would offer a “financial contribution” to the victims dating back to that time.

Accusations of sex crimes in Ireland’s Catholic institutions date back decades, with the number of underage victims estimated at nearly 15,000 between 1970 and 1990 alone. Several bishops and priests accused of covering up abuse have been punished. During his visit to Ireland in 2018 the pope met a victim of priest Tony Walsh, who sexually assaulted more than 200 children for over two decades before being defrocked and jailed.

A Melbourne jury found cardinal George Pell guilty in 2018 of sexually abusing choirboys in Melbourne in the 1990s. Pell — who had been Pope Francis’ anti-corruption tsar — was released from prison in 2020 after the High Court quashed his conviction. In 2018 the Vatican announced the departure of Philip Wilson, the archbishop of Adelaide found guilty of failing to report allegations against notorious sex offender Jim Fletcher in the 1970s. Wilson was jailed for a year, a sentence overturned on appeal.

Since 2010 hundreds of cases of sex assault against minors in religious institutions have emerged in Germany. The most high-profile involve the Jesuit-run Canisius college in Berlin and a choir in Ratisbon, southern Germany, where at least 547 children were allegedly victims of assault, including rapes, between 1945 and the 1990s. In 2018 the German Bishops’ Conference said 1,670 clergymen committed sexual attacks against some 3,677 minors, mostly boys, between 1946 and 2014, mostly going unpunished. A 800-page report on the Cologne diocese released in March found 202 alleged perpetrators of sexual assault and 314 victims between 1975 and 2018. More than half of the victims were under 14. In May the Pope ordered an “apostolic visitation” of Cologne — an inquiry the Vatican sets up when it thinks a diocese cannot resolve its own problems — to look at its “possible mistakes”.

The Chilean Catholic Church has been embroiled in sexual abuse scandals since 2010 when paedophile priest Fernando Karadima was first accused of molesting boys. A Vatican canonical court found him guilty in 2011 and in 2018 he was defrocked by Pope Francis. His case helped expose a culture of sexual abuse within the Church in Chile. In May this year the Jesuit congregation of Chile acknowledged its priests sexually abused 64 people, including 34 children, between 2005 and 2020.