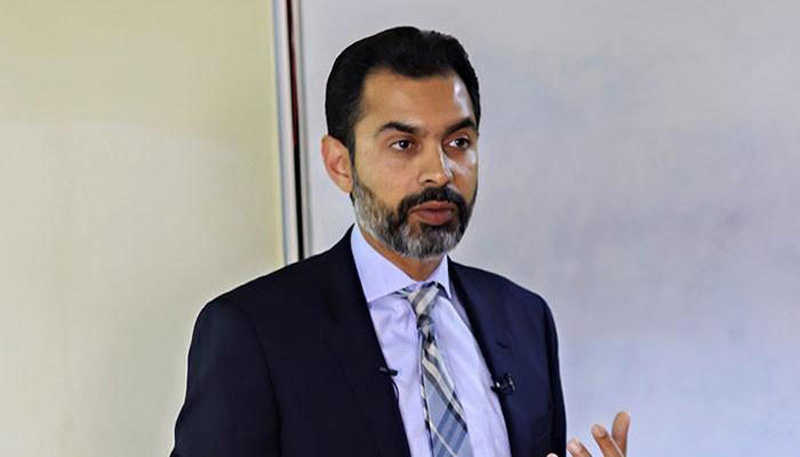 Governor State Bank of Pakistan Reza Baqir, talking to Bloomberg, said that the Monetary Policy Committee met on Friday. In the meeting they decided to keep the monetary stance significantly accommodative and to do so the policy rate was set at 7% while the real interest rate ranged from zero to minus 4. Moreover, the committee decided to leave rates unchanged because of uncertainties related to the Covid pandemic. The third measure that they decided upon was ‘forward guidance’ in which the state bank will maintain a significantly accommodative stance until there are signs of emerging demand side pressure then the committee may decide to moderate the extent of current accommodative measures.

He said that, “Current uncertainties due to the mutating virus is ravaging emerging markets and it is more dangerous to withdraw stimulus too soon rather than too late.”

While talking about the need for more cash from the government and whether help was needed from the fiscal side, Baqir mentioned the emergency cash transfer programs in the country. He said that, “Pakistan’s emergency cash transfer programs are recognized by international agencies such as world bank as one of the global successes. The World Bank noted that it was among the top four programs in terms of the number of people reached and amongst the top three global programs in terms of the shift of population reach And this program was one of three or four elements of the government’s strategy to deal with Covid.”

While talking about the fiscal policy and how it affects the economy he said, “government spending on part of the fiscal authorities injected a lot of cash in the economy in the form of the cash program but it curbed the fiscal deficit because Pakistan already had a high level of public debt and therefore it supported market sentiment. When investors see that unlike emerging markets where on average public debt to GDP grew by about 10 percent of GDP, in Pakistan it was broadly unchanged in 2020. This calibrated risk by a combination of fluid fiscal and aggressive monetary policy is one of the key factors that underpins the economic turnaround and increase in growth to about 4%.”

When asked about target inflation and what the governor was expecting, he said that the announced forecast for inflation several months ago was 7-9% on average for this fiscal year that closes at the end of June. He also added that the most recent estimate is that it will be close to the top end of the range of 7-9%. He said that a few months back inflation level was at 6% while now it is 11%. He said that, “We decomposed this and found that three quarters of this increase in inflation recently is concentrated in just a handful of commodities of the CPI groups pertaining to energy and food. So we largely see this as one off and we are prepared to take any action if there are signs of demand pressure but currently we don’t see any.”

On a question about the IMF program he said that the program right now is in a stage of pivoting to growth. In recent IMF programs Pakistan has successfully demonstrated that it has stabilized the current account which at the end of previous fiscal year was in deficit of USD 19 billion.

The deficit was converted in the first three quarters of FY 2020-21 into a surplus of $ 900 million.

He said that Foreign exchange reserves of Pakistan were 7.2 billion when the IMF program was started and now reserves held by the central bank were in the range of 16 billion exhibiting an increase of more than double than the starting amount.

Increase in net international reserves drawn not by borrowing but by high quality measures, the governor boasted and added that “Now pivoting to growth is critical for any national economic program because you have to show that gains of stabilization are going to reach people in the form of growth.”

The IMF in its World Economic Outlook acknowledged that the ratio of Public debt to GDP remained broadly unchanged in Pakistan while in emerging markets the rate grew at 10 % of GDP.