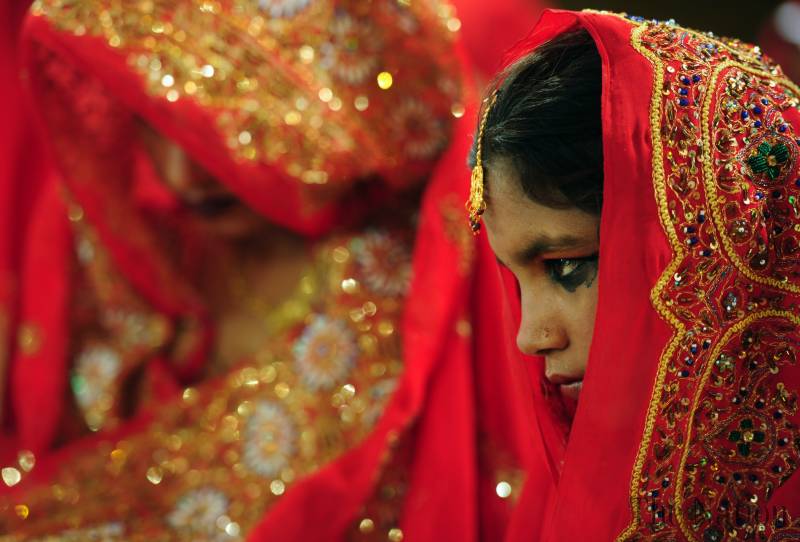 The police are after the suspects of underage marriage in Chak No. 41M, of Lodhran, where a man allegedly married off his 11-year-old daughter to a 40-year-old man.

Ashraf Mai, wife of Abdul Shakoor, told the police that she went to her parents and when she returned after a few days, her daughter was missing. She was informed that her daughter was married off to a Pehlwan Khan. On her complaint, the police took notice and recovered the minor girl from Pehlwan’s house. A case was registered against seven people, including Pahlawan and Nikah Khawan, while the accused escaped. Police said that the minor girl is undergoing medical treatment.

Underage marriages are a frequent phenomenon in Lodhran.

Another such incident of the marriage of a minor girl in Lodhran also took place a few weeks back.  A 13-year-old girl was to marry off to 38-year-old Azher against a large sum of money in Haveli Naseer Khan. Police stopped this marriage by taking timely action. The groom and the girl’s uncle escaped after seeing the police. The bride’s mother, aunt, and two cousins were arrested and a case was registered against 13 of them. The minor girl was adopted by her aunt.

These are just two of the growing number of underage marriage incidents in District Lodhran.