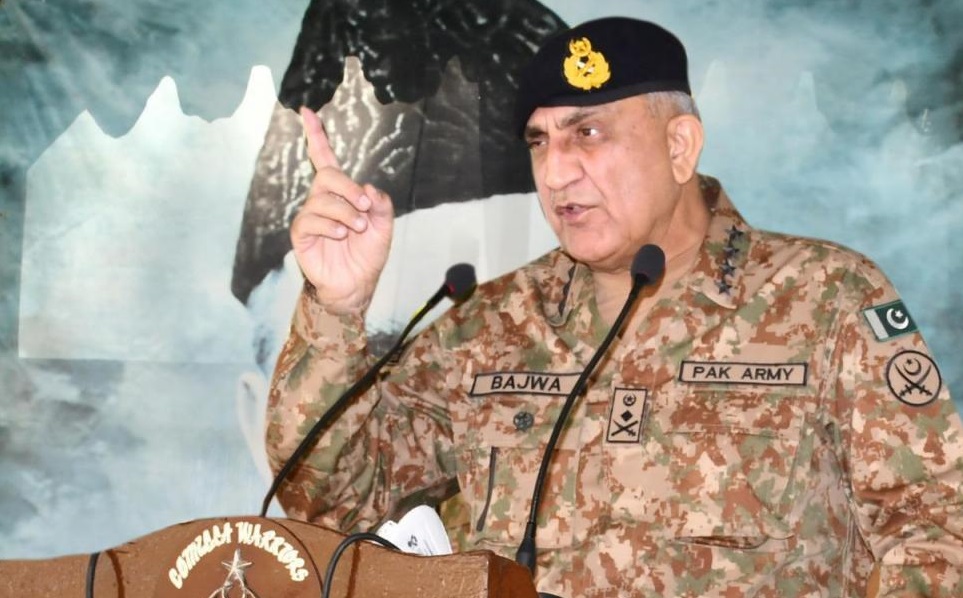 QUETTA: Chief of Army Staff (COAS) General Qamar Javed Bajwa on Monday said that only a cohesive national effort would take Pakistan to progress and prosperity.

The army chief visited Command and Staff College (C&SC) in Quetta and addressed officers and faculty of the college, according to an Inter Services Public Relations (ISPR). Speaking on the occasion, he emphasized Pakistan’s resolve and determination to confront global phenomenon of terrorism by adopting whole of nation approach.

He said that future of enduring peace and stability in South Asia hinges on ability to resolve long pending issues within the region. “This can be complemented through meaningful international support and will to take on complex challenges,” the army chief underscored.

Focusing on COVID-19 pandemic, he said that the Pakistan Army along with other state institutions would do all efforts to mitigate the challenges faced by people of Pakistan. He addressed to staff course-2020-21, focused on professional matters, internal and external security situation and matters concerning regional security environment.