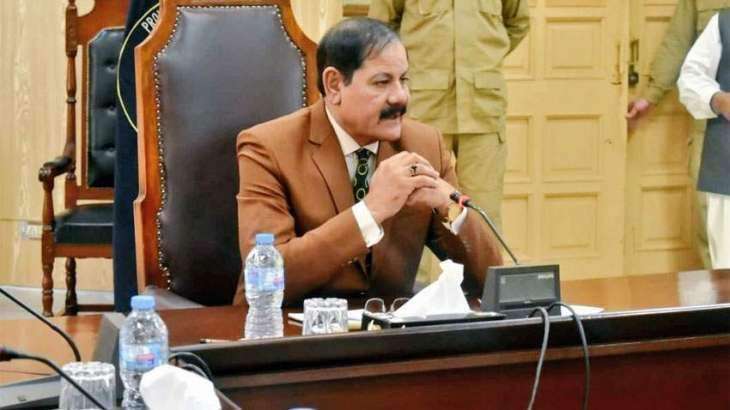 Addressing the inaugural ceremony of renovation work at Kanj Kehal, he said that Rs 14 billion for the expansion of existing road networks would even benefit the people up to Gilgit Baltistan. He said that the government has come up to the expectations of the people. “We not only focused on local development but also carried out massive development on a vast collective scale.”

He said that the ruling party made tireless efforts for the promotion of health, education, communication and basic infrastructure sectors in Abbottabad and lesson the burden of patients at Ayub Teaching Hospital by according the status of Category-A to the DHQ Hospital in Abbottabad.

He said that a new state-of-the-art building would be constructed here wherein specialist doctors, surgeons and experts for modern laboratories including ultrasound would be employed for providing best services to the people. MNA Ali Khan Jadoon, local leaders of PTI and a large number of people were present at the occasion.

Mushtaq Ghani said there were complaints against the Water and Sanitation Agency (WASA) for its poor performance and warned its officials to address the situation and strict action would be initiated on any complaint against them from the four union councils of the city. “If WASA is unable to rectify its faults, its affairs can be handed over to TMA,” he said.

He directed WASA to take action on wastage of water in streets and towns of their areas and the water connections of those who were found responsible for this must be connection should be disconnected. The speaker said that electricity system in the main bazaar of Abbottabad was being updated. He said that the bazaar would be made a model for others to be replicated.

He said that contrary to the past regimes, the performance of PTI was visible to all. For the construction of new building of the District Hospital, he said a fund of one billion rupees has been released by the government. He said the building would provide all medical facilities under one roof. He asked people of Kehal to contact him directly if they were feeling any kind of problem.

He said it was now the time to work for the people of the area. MNA Ali Khan Jadoon in his address said that Rs 1.5 million has been approved for electricity projects of the Union Council Kehal Urban under which all the electricity wires and systems would be upgraded. He also assured for conducting a survey of the area for the up-gradation of Sui gas lines.