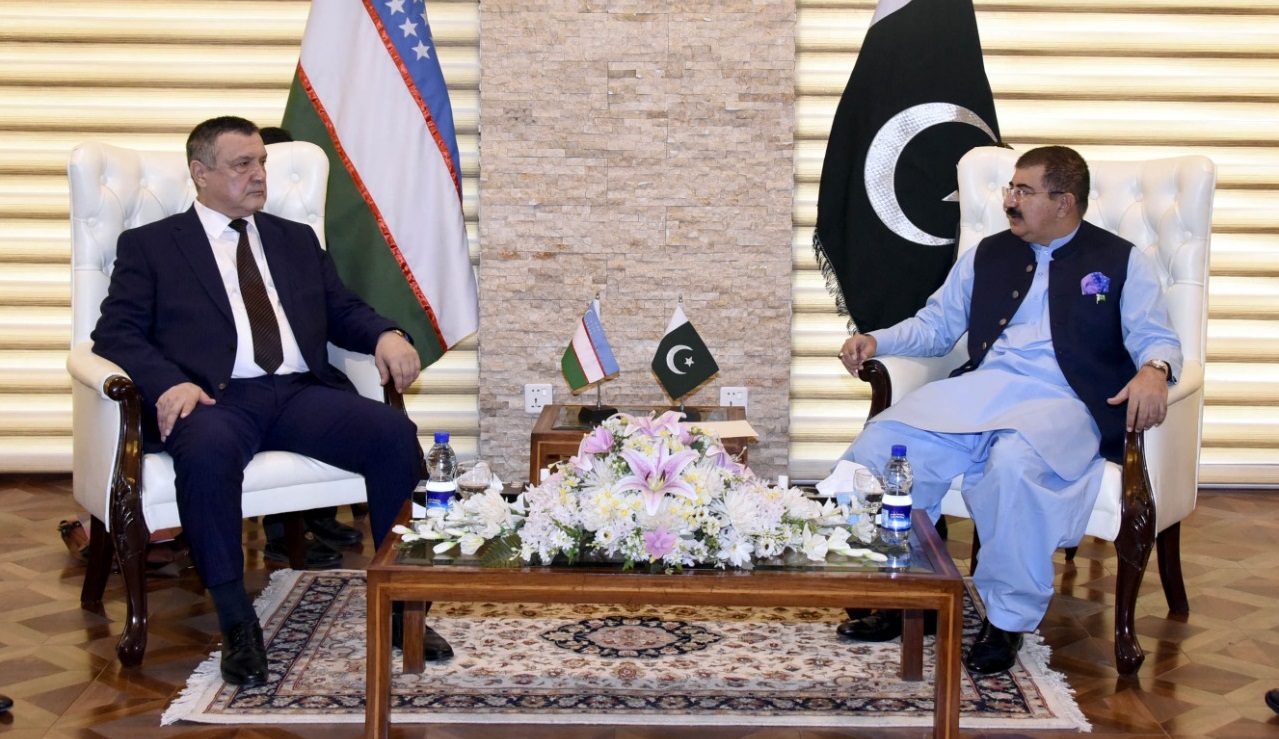 ISLAMABAD: The Trans-Afghan railway line project, agreed between Pakistan, Uzbekistan, and Afghanistan earlier this year, would transform the geo-economic dynamics of the entire Central Asian region.

The project would be the first step in linking the Central Asian transport network with seaports of Gwadar, Karachi, and Bin Qasim, Senate Chairman Muhammad Sadiq Sanjrani said while talking to Uzbekistan’s Legislative Assembly Speaker Nurdinjan Ismailov who called on him here at the Parliament House.

During the meeting, the two dignitaries exchanged views on bilateral, regional, and international issues. They also reviewed the entire spectrum of bilateral relations with a particular focus on political, trade, security and defence, educational, and cultural domains.

Talking to the visiting speaker, the chairman underlined that Pakistan and Uzbekistan had long cherished cordial bilateral relations in promoting all-round cooperation in different areas including trade, commerce, and culture. Referring to historic, cultural, and commercial ties, he said that Pakistan and Uzbekistan were natural partners in promoting regional prosperity and stability.

“Pakistan highly values its fraternal relationship with Uzbekistan. Both the countries have strong historical, religious and cultural linkage.” He welcomed the Uzbek parliamentary delegation to attend the second general conference of the Parliamentary Assembly of the Economic Cooperation Organisation (PAECO), hosted by the National Assembly in Islamabad.

Sadiq Sanjrani underlined importance of enhancing political and diplomatic linkages and taking steps to deepen mutual collaboration in the fields of education, culture, trade, economy, defence and tourism. “Uzbekistan is an important country in Central Asia. Further enhancement of economic cooperation would provide an opportunity for the people and investors of the two countries to come closer,” he said.

Exchanging views on coronavirus situation, the chairman said that effective strategies and security measures need to be taken to contain the epidemic at the earliest, so life roll back to normality. The two leaders also discussed the overall security situation in the region, important global and regional matters of mutual interest, and agreed to continue supporting each other at all international and regional forums.

Both the dignitaries condemned in the strongest terms the recent barbarism being caused by the Israeli occupation forces, adding that Israeli atrocities against Palestinians are a gross violation of human rights and international law. “The cooperation on the Kashmir issue is a reflection of close ties between the two countries. I am grateful for Uzbekistan’s full support on the Kashmir,” he underscored.

Sadiq Sanjarani said that the issues of Palestine and Kashmir and the recent barbaric actions of Israeli forces were a wake-up call for humanity. He said that not only Muslims but the whole world needs to jointly raise their voice on human rights violations, oppression, and barbarism in Palestine and Kashmir. If the parliaments of all the countries adopt a common strategy, these disputes can be resolved, he said.

“It is time to initiate measures to resolve these conflicts so that peace can prevail in the world,” he pointed out. Highlighting the importance of Gwadar, the chairman observed that Gwadar would prove to be a game-changer not only for Pakistan but also for many countries of the world. He said that it would be the shortest way to connect the Middle East, Central Asia, Europe, and Africa, which will boost investment and trade in the region.

The Uzbek speaker endorsed the views of Sadiq Sanjrani and added that the Uzbek parliament, the Uzbek people, and the government was committed to strengthening cordial relations with Pakistan. Both the dignitaries stressed promoting public and parliamentary ties between the two countries. He also urged the need for diversification of trade and commercial relations.