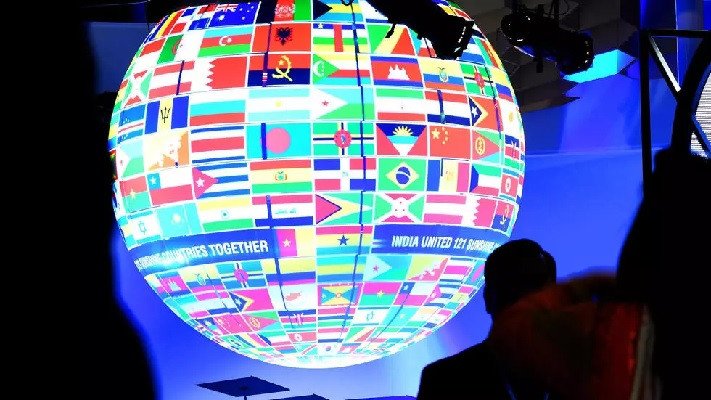 For the first time since 2019 and following a flurry of net-zero pledges from the world’s largest emitters, UN climate negotiations resumed Monday in a virtual format less than six months before the crunch COP26 summit.

The talks, nominally hosted by the United Nations climate change programme in the German city of Bonn, will all be online and informal, meaning that no decisions will be taken during the three-week discussions. But with increasingly dire climate warnings from scientists, the pressure for progress to be made on a number of thorny issues is high. “We meet in the shadow of a global crisis, unprecedented in scope and scale,” UN climate chief Patricia Espinosa said in opening remarks via video link. In 2018, countries agreed to many elements of the “rulebook” of the landmark Paris climate agreement signed three years earlier, governing how each nation implements its goals under the deal. But several issues remain unresolved, including rules about transparency, carbon markets, and a unified timeframe for all countries to ratchet up their emissions cuts. At the last UN climate summit in December 2019, countries also failed to agree upon a universal system of reporting on spending on measures to combat and adapt to climate change.

This year alone several large emitters including the US have committed to make their economies carbon neutral by mid-century. Espinosa welcomed these pledges — which under Paris should increase in scope every five years. But she added: “Our current trajectory is not in line with the climate goals of the Paris agreement,” which aims to limit global warming to below 2C. “It’s time to get the job done.” One of the thorniest debates during recent UN climate talks has been Article 6 of the Paris agreement, which deals with the trade of emissions cuts. A major sticking point remains over rules to avoid double counting emissions reductions within both bilateral and international carbon markets. Some wealthy nations without the natural resources — forests, for instance — to mitigate their contribution to climate change have spent huge amounts on projects to preserve those habitats in other countries. Currently both the buying and selling nations may count the project towards their domestic climate action, opening the door for the same cut to be counted twice. Teresa Anderson, climate policy coordinator for ActionAid International, said it was vital that negotiations don’t “crank open loopholes that let big polluters carry on business-as-usual”.

Covid-19 forced Britain and the UN to shelve talks originally scheduled for last year in the Scottish city of Glasgow until the end of 2021. As the pandemic continues to rage, particularly among developing nations most vulnerable to the impacts of climate change, negotiators will need to achieve tangible progress during the three-week Bonn talks. “The absence of a COP left a tremendous amount of work to be done… if we want to deliver at Glasgow,” said Marianne Karlsen, chair of a major technical forum at the UN-led negotiations. The two-week sessions — expanded this year to three — normally involve thousands of representatives from more than 180 countries, and often rely on behind-closed-doors bargaining between delegates to get deals done.

Karlsen said the virtual configuration of talks was “not ideal at all”. “We really wanted to be able to have all the interactions of when we meet in person but there was no other option,” she said. As well as technical discussions, focus over the three-week negotiation session will be on how richer nations fulfil their promise to help finance other countries’ fight against and adaptation to the impacts of climate change. “These countries have access to the same science as we do so they know better, they have more money that we do, so they can do better,” said Diann Black-Layne, head of the small island state negotiating bloc. “Climate Finance is not development finance. Finance needed to recover after a hurricane is not development Finance,” she added.

“So let’s be clear: Climate Finance pays for the impact of pollution of others.”