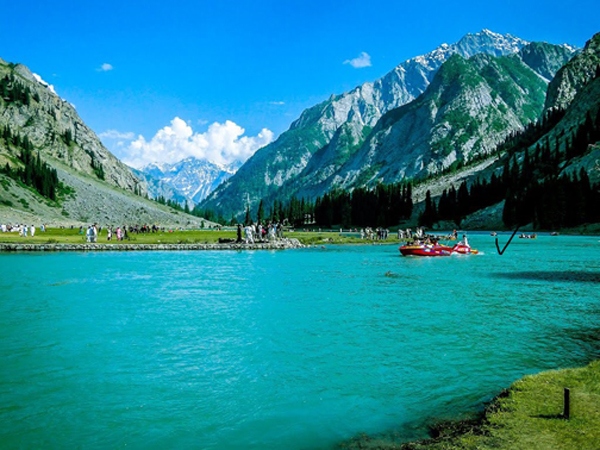 SWAT: Chairlift and other tourism activities have been suspended in Malamjabba due to squabbles between the Forest Department and the Tourism Department on the land of a resort.
Tourists from all over the country are returning disappointed. The hotel industry has also been in decline due to the suspension of recreational activities for the past two months.
Malam Jabba valley is located at an altitude of 9,200 feet above sea level. Called a tourist paradise, the valley attracts tourists every year to enjoy the snow and mild summer weather.
After the lockdown ban was lifted, tourists flocked to the Malam Jabba Valley after a severe heatwave in the country’s plains. But they are not able to take a chairlift tour or zip-line travel and the restaurant is also closed.
Tourist Hussain Ahmed said that he came from Karachi to see the beautiful valley of Malam Jabba but when he came here, he was disappointed because everything is closed.
Speaking to the media, GM of Malam Jabba Ski Resort, Pir Waris Shah, said that his company had leased 275 kanals of land under an agreement with the provincial government, installed chairlifts started other tourist activities including zip line, and also built a five-star hotel. “Now there is a dispute between the two departments, the tourism department, and the forest department are claiming ownership of the land, as a result, tourism activities in Malam Jabba have been suspended,” he added.
Pir Waris Shah demanded that the government curb some of the conspiratorial elements that were thwarting the tourism in Malam Jabba and to complete the fencing process of the land leased to the company so that tourism would not be adversely affected and we would not be affected by children and tourists.
On the other hand, the hotel owners also expressed concern over the closure of Malam Jabba and said that the hotel industry is also being destroyed due to the suspension of recreational activities. they also demanded immediate intervention from the government.