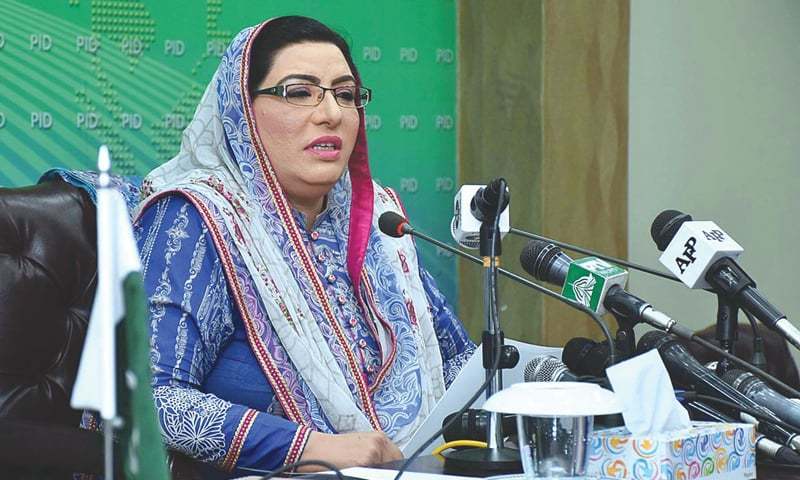 FAISALABAD: Special Assistant to Chief Minister on Information Dr Firdous Ashiq Awan has said that the government of the Pakistan Tehreek-e-Insaf adopted pro-industrial policies, and now the nation is harvesting its fruits in the form of enhanced economic activities.

Talking to journalists before inauguration of mobile vaccination campaign for media persons at the District Council Hall on Sunday, she said that when the PTI took over the government, the economy was in a shambles. Due to ill-conceived policies of the previous government, workers were facing worst-ever crisis, he said.

But now, “industrial sector is in full bloom, not only in Faisalabad but also in Sialkot, Gujranwala and other industrial cities of the province,” she said. Prime Minister Imran Khan and Chief Minister Usman Buzdar had made a viable and productive policy, she said. In the first phase, she said that the industrial sector was revived and now it was yielding its positive results.

In the second and third phases, the government would ensure continuity and sustainability of the industrial sector, she said. For the first time in the history of Punjab, the government saved Rs 70 billion from the non-development budget through the austerity measures, she said. Now that amount was being spent to extend support to the industrial sector, in addition to construction of hospitals and roads, she added.

She said that the government retrieved 6,000 acres of agricultural and commercial lands from mafia. By end of December, every individual would get a health card, she announced. Similarly, Ehsaas programme, education, Kisan and social welfare programmes have been launched, which would help the PTI government transform the country into a model welfare state, she said.

The special assistant also paid homage to the media community, saying they were playing the frontline role in national development. After Lahore, Gujranwala and Rawalpindi, a mobile vaccination camp has also been established for the journalist community of Faisalabad, she said. She said that Rs 26 million has so far been doled out to the affected journalists and more funds would also be provided for the purpose.

To a question about Rana Sanaullah of the Pakistan Muslim League-N, she said that he was an immature politician, who was neither sincere to himself nor with his party. He was only trying to get relief in his narcotics case. National Assembly’s Standing Committee on Finance, Revenue and Economic Affairs Chairman Faizullah Kamoka, Punjab Minister for Colonies and Culture Khayal Ahmad Kastro, and others were also present.