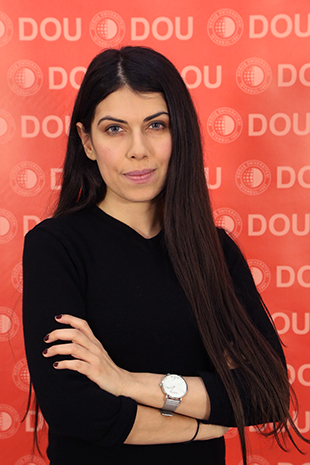 As it is known, movements in the dollar have a great impact on global trade. The dollar, which was enacted with the 1972 Money Act, is the most impressive factor, especially in international trade. Another currency most used in International Trade is the Euro, which came into circulation after 2002. It is the second most preferred reserve currency after the dollar. The order of the reserve currencies is followed by the British pound, Japanese Yen, and Swiss Syphilis, respectively. Although each of these reserve currencies plays an important role in international trade, I would like to talk about the effects of the two main reserve currencies, the euro and the dollar, on Turkey’s trade. The euro-dollar parity shows the value of the Euro against the Dollar. If we consider the issue as exporters and importers, it is 3 times more for exporters to find financing in the international market compared to their other competitors. When we look at Turkey, it is even more due to the geographical location of the country and the fertility of the soil.

Eximbank also supports our exporters in Turkey to minimize the high financing costs. In this sense, exports are increasing. In the 2021 report, while the total export is 68,752 dollars, the total import figure is 82,916. There is a foreign trade deficit. Despite being both the most developed country in America and the country to which Turkey exports the second largest, it is one of the countries with a deficit in foreign trade. That is, its imports are greater than its exports. Exports of Germany, the country to which Turkey exports the most, decreased by 9% in 2020. Its exports were 1 trillion 204.7 billion euros and its imports were 1 trillion 25.6 billion euros. The country’s foreign trade surplus amounted to 179.1 billion euros. The third country to which it exports the most is England. Turkey-England trade volume was 18.6 billion dollars in 2018 and 16.3 billion dollars in 2019. In the January-March period of 2020, 2 billion 525 million dollars were exported to England. The recession in the world due to Corona is already known. The data released in Japan is truly appalling. This shows the economic conditions in Japan. In Asia, on the one hand, while talking about the virus problem, it allows the states to pay interest in these regions at much more favorable terms to encourage exports. It is a great chance for the exporter to have such a counterattack in our country. In the medium term, this will make us advantageous. In 2020 compared to 2019; Exports decreased by 6.26% to 169 billion 514 million dollars, Imports increased by 4.32% to 219 billion 425 million dollars, while imports excluding gold decreased by 2.4% to 194 billion 242 million dollars. Foreign trade volume decreased by 0.57% and regressed to 388 billion 939 million dollars. The coverage ratio of exports to imports was 77.3%, while the coverage ratio excluding gold was 85.8%. Among the reasons, apart from the Euro Dollar parity, American and European purchasing companies did not send their employees to Turkey due to the virus. Two big Italian companies opened their stands and did not put any employees on the stands. Commercial visits are tried to be minimized as much as possible due to the virus. However, some estimation purchasing companies will visit our country instead of the Far East.

Purchasing means an important link in the supply chain. You have to sit face-to-face with the manufacturer or the designer. Because it is not always possible to do everything digitally. The additional taxes imposed by the US on China are already affected. Based on Mediterranean exports, we see mostly agricultural food products. We see the iron and steel industry. There is some ready-made clothing. Here, there is the world’s largest fresh fruit and vegetable fair in Berlin, which was held in January last year. Citrus Fair. Participation in the Chinese was low. People began to come to fairs less and less. The Chinese were few at the fairs. They participated less because there were Chinese companies. When we look at the ready-made clothing industry, China exports 838 billion dollars to the world. In other words, one out of every 3 people in the world uses the product prepared by the Chinese. Turkey’s proximity to Europe is a great advantage. However, at another point to be noted here, the fact that the input of the manufacturing industry is also supplied from China, they supply 40% of the manufacturing industry of Japan and South Korea both for textiles and worldwide. 30% in the USA. When we look at the world average, 20% is supplied from China. The fact that the input of raw materials and manufacturing from China is decreasing may bring some problems. Turkey is foreign-dependent for intermediate and raw materials. How are we going to produce this? If there is no problem in the supply of raw materials from China, unless there is a problem of raw material price increases, even if there is a price increase, if we have to buy that product, we will have to buy it. This is where parity comes into play. It imports mainly in dollars and exports consumer goods in Euros. We see more and more in recent days when a change in the pair is against the euro.

Undoubtedly, this situation in Euro-dollar parity is reflected negatively on the input costs of the exporter. In this context, how should we read the effect of the change in parity? As a result, it will cause a decrease in profitability at the end of the day. Turkey, as a country, makes 49% of all general exports to the EU in Euro. There are also Euro prices in the Middle East, but since the import part is in dollars, importers or exporters indeed have some difficulties because they do not hedge. Dollar Euro parity was at 1.14 last year, then it decreased to 1.08. Now it’s 1.21. So 1 dollar is equal to 1.21 euros. This affects our export figures. Why is that? Because we keep figures in dollar terms. Last year, 180.5 billion dollars were exported, we could not count 4.5 billion dollars of this. Because it wrote a minus because of the dollar Euro parity. Exporters will either sacrifice profits or, if they can raise their prices a little, they will. If it goes below 0.8, 1.12 1.13 1.15 will be the most appropriate band. For the real exchange rate, what is the effect of the change in parity on foreign trade? The real exchange rate shows us the relative price of the basket of goods and services produced by a country against the basket of goods and services produced by the countries in which it competes.

New raw materials and intermediate goods are dependent on imports and are dollar-based. When the export structure is a system that runs on the Euro, it will undoubtedly have a negative reflection in the medium and long term. It’s a serious risk. About 5 years ago, it was called 1 dollar and Euro-dollar parity. During that time, he made himself felt again. He drew himself back to the 1.10 interval. This is an undesirable situation for Turkish exporters. The industry has become accustomed to buying raw materials and semi-finished products in dollars and trading in Euros on a product basis. It is a great chance for us to have a European market of over 50%. We should not just say Europe, there is great interest on the African basis as well. We export. On a cost basis, 1.10 was ideal. It shouldn’t have been being pulled down to 1.08s. Regarding this, especially banking instruments hedging as a solution. Hedging is a counter-trading activity that will minimize investment risk. But hedging is the most disliked subject of exporters. Both the cost of hedging and the fact that the hedging is not high enough in volume, unfortunately, complicates the use of such instruments for our small and medium-sized exporters. Or not adults. In this respect, although we can say that it can be used, it is difficult. It’s hard to increase profits because prices are so fixed.

The parity decreased, raw material prices increased. In the last week, the Chinese have been making this much discount on our prices. Emails are coming in asking what you need. The decline in December fell to 2.1%. However, 7.4% in the quantity index. There is also a decline in the import unit index. Looking at the months, we see that there is a recovery. Has some added value started to be created in the industry? Yes. In our country, for example, we are not very competitive in honey production. Why is that? because it is produced all over the world. But as a majority, we see that added value can be put more in the production of finished products. The high technology used in production allows us to increase the price of the products a little more. Valued more on a unit basis. All these, together with the Covid effect, is the example of Euro-Dollar parity in Turkey’s global trade. In reserve money, parity is an important indicator.