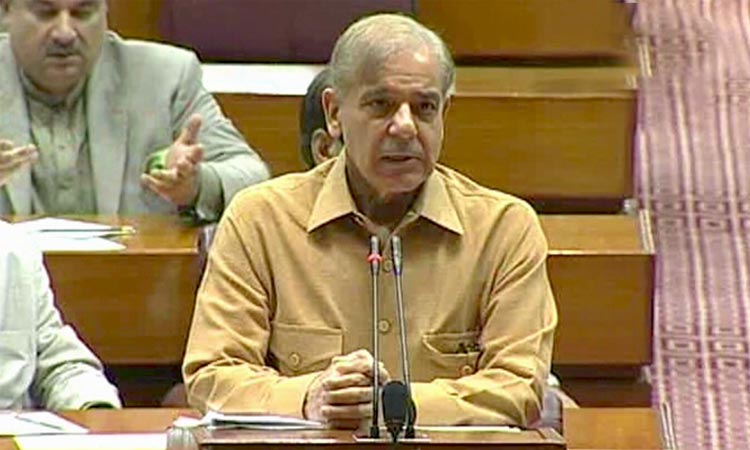 ISLAMABAD: PML-N President and National Assembly Opposition Leader Shehbaz Sharif says the people of Pakistan had rejected the budget dictated by the IMF and the government that surrendered the country’s sovereignty to the IMF.

Shehbaz said at the end of the PML-N term, the total volume of the economy was $ 313 billion, which had shrunk to $ 296 billion under the PTI regime.

In a statement, Shehbaz said the purchasing power of Pakistanis had also dipped by 13%. The per capita income was $ 1560 under PMLN, which had dropped to $ 1431, an 8% decrease.

For the first time in history, Pakistan’s GDP decreased in dollars. There were 3.5 million unemployed people in Pakistan under PMLN rule, while PTI has added 5 million more to that, making it 8.5 million. The unemployment rate is 15% right now, he added.

The income of unskilled labor dropped 15% under PTI. PMLN increased the GDP growth rate from 2.8 to 5.8 in 5 years and decreased the inflation from 11.8 to 3.8. PMLN doubled tax revenues from 1946 to 3900 billion. But the PTI government’s tax revenues collection is dropping as a percentage of GDP. PTI had lagged in tax collection and is only focused on increasing taxes. At the end of PMLN tenure, the tax was 13 percent of the GDP, while under PTI, it had dropped by 10.9 percent, he said.