PTA asks users to be vigilant against hackers 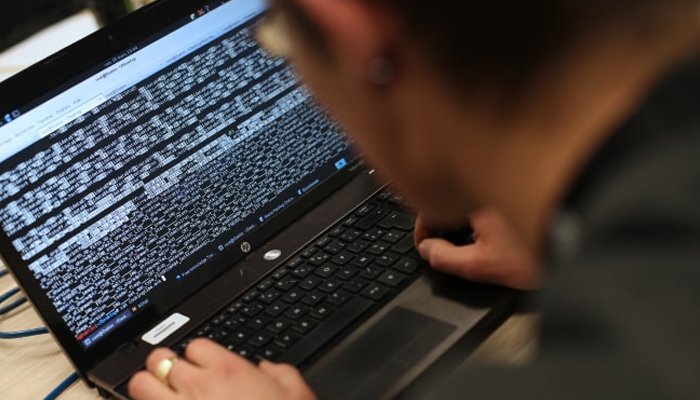 Online scams have been on the rise in recent times as technology is becoming widespread, and most people are getting their hands on smartphones.

The hackers have been very active and are scamming people despite crackdowns by the authorities.

Pakistan Telecommunication Authority(PTA) has intimated the users several times to be very vigilant against online frauds.

Many cyber frauds have been done with innocent people. Some commit banking frauds. Some withdraw the citizens’ hard-earned money from their money transfer apps, and some even get access to the phone by hacking it and then share private data online.

In the latest episode of online fraud, a fraud emerged where a hacker asks you to share a link in multiple WhatsApp groups to win different prizes.

The gullible people get trapped and loose their money, and sometimes, the hackers can access their sensitive data.

Razia Hassan, 45, a housewife, told Daily Times: “I do not have much expertise when it comes to using these tech gadgets. I use WhatsApp to call my daughter, who lives in Italy.  Once I got a message that I had a chance of winning 10 lac rupees if I click the link given in the message and share the message with 10 others.”

She added that” I was tempted and followed the instructions. After 5 minutes, I got a message from my bank as 20 thousand rupees had been transferred from my account. It left me very frustrated.”

PTA has been running several campaigns to inform the users against such frauds.

In a recent notice, PTA has once again asked mobile phone users to stay away from such links. Else they will be responsible for the consequences. 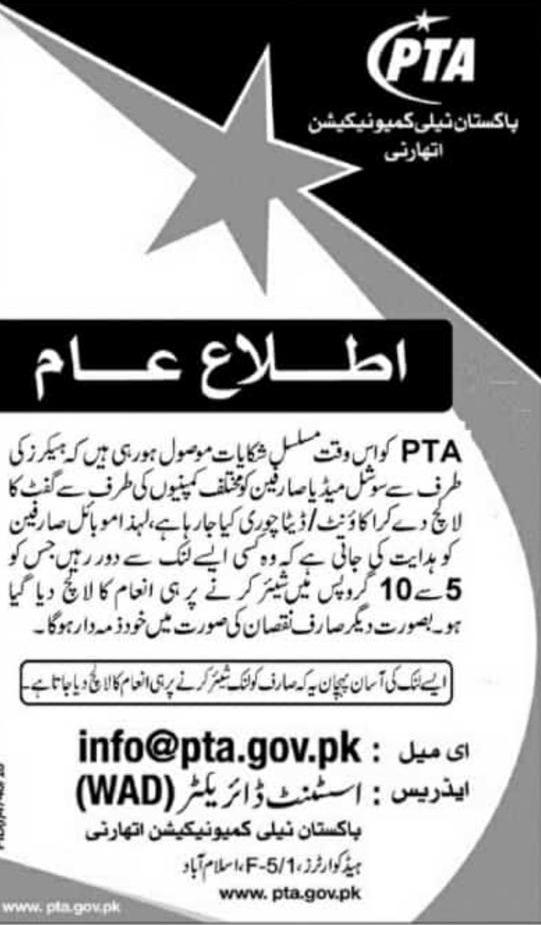 The citizens are looking up to the authorities to do a crackdown and get hold of all these hackers so that the citizens can be safe.