Swati sees railways out of losses in few months 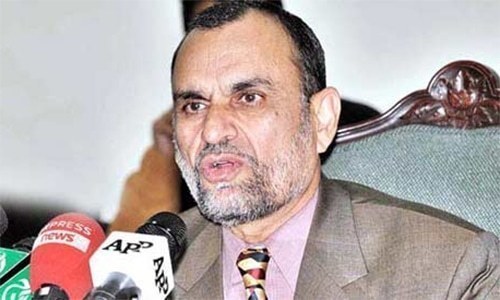 LODHRAN: Federal Minister for Railways Azam Khan Swati has predicted that the railways will recover from the historic loss in six to nine months.
He stated:
“We will run the railways under the proposed business plan for their rehabilitation. The announcement regarding the privatization of the railway property will soon be announced. Investors will come and work with us which would not only benefit the investors themselves but the railways as well.”
He further voiced his displeasure over the concept of the railway police.
“There is no railway police in the world. I don’t know why we have it and for what purpose? I have found a prime minister who does not recommend any illegal things I am promoting his vision.”
In response to a question, he said, building flyovers at railway gates is the responsibility of the provincial governments. If the railways are to be saved from accidents, then flyovers will have to be built at the railway gates.
Azam Swati refused to answer the question about Jahangir Tareen and said that he should not waste his time and the time of other people by referring to political questions.