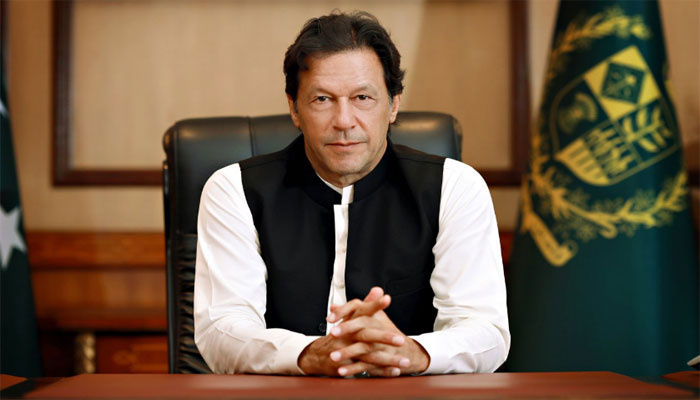 Prime Minister Imran Khan has said that the government is taking all out steps to incentivize investors for promotion of industrialization and exports in the country.

He was addressing the ceremony of commercial launch of Rashakai prioritised Special Economic Zone near Nowshera on Friday. The prime minister said hurdles are being removed to facilitate the local and foreign investors to invest in Pakistan. He emphasised on establishing export-based industry in the country for wealth creation. He said the future of Pakistan lies in industrialisation. Imran Khan said Rashakai Special Economic Zone is being established under CPEC. He said Pakistan has a great potential and it can learn a lot from the fast industrial growth of China.

He directed the KP government to give land at the zone on lease instead of selling it to avoid real estate speculations. He also advised for ensuring one window operation to facilitate the investors. The prime minister the government’s prudent economic policies have started yielding positive results, and the four percent growth has surprised everyone. He said large scale manufacturing is showing growth. He said the PTI government had to pass through a difficult time for one and a half years; however now the difficult time is over. He said the government is taking steps to ensure the economic stability sustainable. He said the government’s successful policy to deal with Covid-19 has helped save lives as well as livelihood. He lamented that Pakistan never paid attention to exports, adding that it was very difficult to increase a country’s wealth without them.

He said Pakistan should learn from the Special Economic Zones (SEZs) set up by China. He labelled the Rashkai Special Economic Zone a “big opportunity”, stressing on authorities to create ease of doing business for investors. “The more hurdles you remove for investors, the more investors will arrive here (in Pakistan),” he said, adding that Pakistan had not been an “investor-friendly country”. He said investors were always attracted by prospects of making profits and that was not possible without governments taking steps to ensure ease of doing business.

Khan said his government was focusing its efforts on removing hurdles from investors’ paths, adding that Pakistan has the potential to become an “attractive destination” for businessmen.

The prime minister regretted how Pakistani investors were setting up businesses in Bangladesh, Malaysia and other countries. He said this phenomenon was due to the fact that in Pakistan, the government does not remove hurdles for investors. “We send them (investors) to this office or that office,” he said, lamenting how investors were not treated like VIPs. “The biggest VIP here should be the one who creates employment opportunities for others,” he added.  The prime minister recalled the difficult time for his government when the PTI was elected to power a little over two years ago. He said Pakistan was on the brink of default, adding that the starting 1.5-year period of his prime ministership was the most challenging part of his life.

The premier said when Pakistan was pulling itself out of the economic crisis, the coronavirus shuttered businesses around the world and had an adverse impact on various countries’ economies. “We should raise our hands and profusely thank Allah,” he said, adding that Pakistan had not suffered the same fate as other countries had, where millions were unemployed and thousands had died. He praised the National Command and Operation Centre (NCOC) adding that the think tank was closely following the coronavirus situation in the country.

He praised his government’s decision not to impose a coronavirus lockdown, adding that the poor would have “died from hunger” and Pakistan “would have suffered a fate similar to India”. He hit out at the Opposition, adding that they were “shocked” to see the country’s economy improving all of a sudden. “Let me remind them (Opposition) that I was the captain who introduced neutral umpires in cricket,” he said, adding that he would not give up easily in reforming the country.

More than one thousand acres of land has been acquired for the construction of Special Economic Zone which will boost trade and economic activities in Khyber Pakhtunkhwa.

The project will create about 3,000 direct and indirect job opportunities for the people. Different industries including textile, Information Technology, energy and industrial units of food processing sector will be set up in Rashakai Economic Zone.

In a tweet here, the finance minister thanked Prime Minister for inaugurating the Rashakai free zone.

He said that the country and Khyber Pakhtunkhwa would greatly benefit from the progress of CPEC.

“Establishment of SEZ’s and populating them is the most important part of the CPEC journey. Thank you PM @ImranKhanPTI for inaugurating the Rashakai free zone. The country and KPK will greatly benefit #CPECMakingProgress,” the minister tweeted