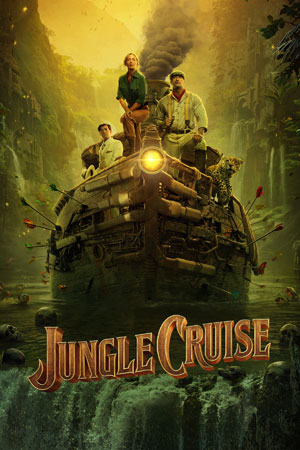 A new trailer of Jungle Cruise, starring Dwayne Johnson and Emily Blunt, was released on Thursday.

The fantasy adventure film is based on the Disneyland theme park ride of the same name.

The action-packed trailer gives a sneak peek into the adventure Dwayne Johnson and Emily Blunt, who play Frank and Lily, undertake as they travel to the Amazon jungle to find the Tree of Life. While Frank is a street-smart riverboat captain, Lily is a scientist in search of a tree that has unparalleled healing powers. Her aim is to change the future of medicine. In the quest, she hires the services of Frank to guide her downriver on his ramshackle boat name La Quila.

Giving them company, or rather say, being dragged into the journey is Lily’s younger brother McGregor, played by Jack Whitehall.

On the voyage, the trio face innumerable dangers and supernatural forces, as everything seems cursed. From the animals to sculptures, every element wants to kill them. Will they survive the attacks and succeed in grabbing the magical cure from the tree forms the core of the plot.

Jungle Cruise is scheduled to release in the United States on July 30, 2021, simultaneously in theatres and on Disney+ with Premier Access. It will also have a theatrical release in India.