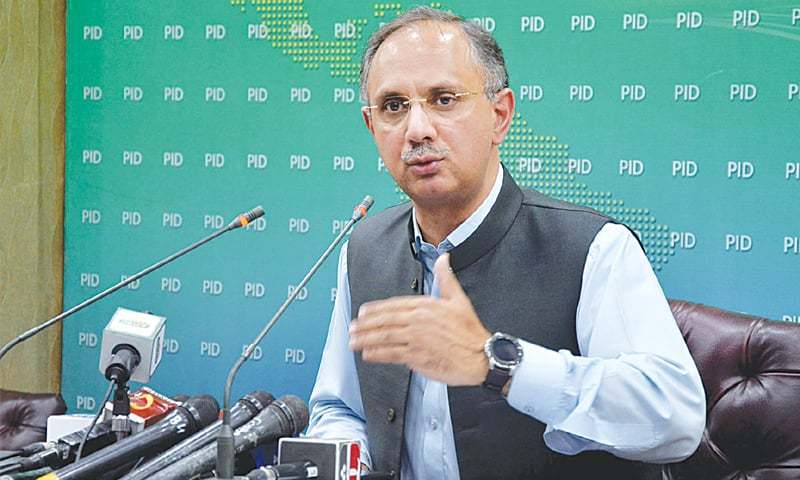 ISLAMABAD: Federal Minister for Economic Affairs Omar Ayub Khan on Thursday said the up-coming budget would be growth oriented and would be offered more jobs to the people.

Talking to a private TV channel, he said that the government was well aware about inflation and it was making sincere efforts to reduce it. He termed the up-coming budget as people-friendly and said the prices of edible items would be decreased in days to come.

He said that coronavirus pandemic had badly fluctuated the big world economic powers that’s why the inflation had become a worldwide phenomenon. He said that the Pakistan Muslim League-Nawaz was responsible for provision of expensive electricity and gas because it had made wrong agreements during its previous government.

He said that dollar price had artificially controlled during the last government of PMLN but the incumbent government had strengthened the price of Pakistani rupee. Replying to a question, he said the present government had improved the electricity supply system and saving billion of rupee per year through the system.

He said the government was facilitating to the farmers and they were getting bumper crops of wheat, sugarcane, cotton and rice. He said improving agriculture sector was the top most priority of the incumbent government. He expressed his hope that PTI would again win the general elections of 2023 on the basis of its five-year performance.

About PDM, he said the Pakistan Democratic Movement had made the part of history and all the opposition political parties were exposing and leveling allegations against each other in these days. He said that the people had rejected the opposition parties and very much disappointed from their way of politics.