Court allows accused to come to Pakistan within three days 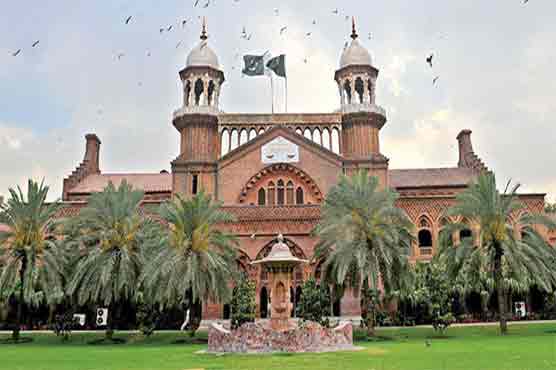 LAHORE: The Lahore High Court (LHC) on Thursday granted a seven-day protective bail to Dr Amjad, his wife and daughter in the multi-billion Eden Housing and EOBI scams, which were being probed by the National Accountability Bureau (NAB) and the Federal Investigation Agency (FIA), respectively.

The court also suspended implementation on orders of their red warrants and placing their names on the exit control list (ECL). The court directed the accused to surrender their passports to the high court on their arrival, besides submitting surety bonds of Rs 10 million each for availing the relief of protective bail, while allowing the accused to come to Pakistan within three days.

Two LHC benches passed the orders while hearing two different petitions filed by Dr Amjad, his wife and daughter for protective bail. Chief Justice Muhammad Qasim Khan heard the petition of Dr Amjad for protective bail in the EOBI scam. A counsel on behalf of the accused argued before the court that FIA had launched investigations against his client on different charges in connection with the EOBI case.

He submitted that his client was staying in Canada since 2018 but he wanted to return to Pakistan to face the case. He submitted that it was feared that he might be arrested by the agency on his arrival. He pleaded with the court for grant of protective bail to enable his client to approach the court concerned. At this, the chief justice granted protective bail to Dr Amjad for seven days in the case.

On the other hand, a special bench comprising Chief Justice Muhammad Qasim Khan and Justice Ali Baqar Najafi heard the petition filed by Dr Amjad, his wife and daughter for protective bail in connection with the Eden Housing scam. Advocate Amjad Pervaiz, the petitioners’ counsel, argued before the bench that Dr Amjad was suffering from many diseases and he was staying in Canada with his family since 2018.

He pleaded with the court to grant them protective bail to approach the court concerned. However, a NAB prosecutor opposed the plea while pressing for its dismissal. Subsequently, the bench, after hearing detailed arguments of the parties, granted protective bail to Dr Amjad, his wife and daughter for seven days in the case. It is pertinent to mention here that the matter was fixed earlier before a division bench comprising Justice Aalia Neelum and Justice Farooq Haider.

However, Justice Farooq Haider excused from hearing the matter. At this, Justice Aalia Neelum referred the matter to the LHC chief justice to fix it before another bench. The owners of Eden housing projects, including Dr Amjad, Anjum Amjad, Murtaza Amjad, Mustafa Amjad and others are facing criminal proceedings initiated against them by the National Accountability Bureau over the charges of depriving thousands of victims of their hard earned money worth billions of rupees.