Swati vows to take railways out of losses 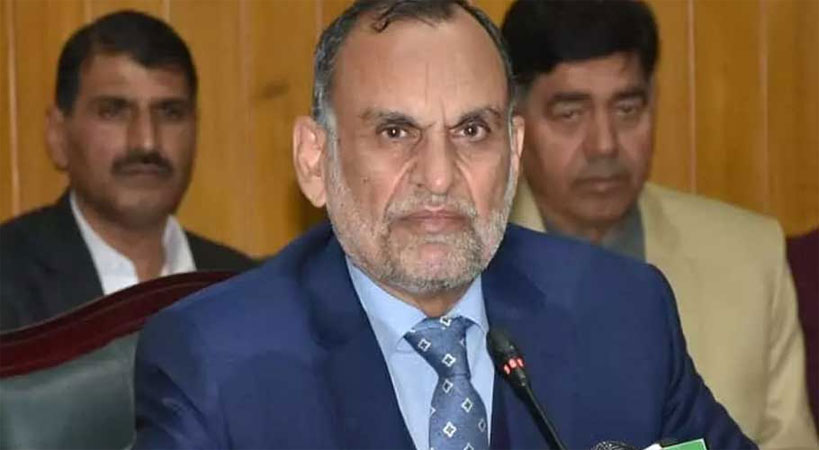 Before the inspection, he held a detailed meeting with office bearers of the Chamber of Commerce of Sahiwal. Talking to the members, the minister said Imran Khan wanted railways to come out from losses. Following this, he put in a request to the business community to cooperate with them.

He asked businessmen to take railways’ lands and stations to make them model entities. Others railways officers were also present with the minister.

Azam Swati held a brief inspection of Multan and Khanewal stations. He said all offices would be set up on the upper floor of Sahiwal station, while the ground floor was reserved for commercial activities. New AC rooms would be introduced at Multan stations,  adding air-conditioned cabins for ladies’ and gents’ staff at Khanewal station.

The Multan DS held a briefing to the minister on the performance of the local section and station coupled with brief measures being adopted to generate an increased output level.

The federal minister vowed to hold an inquiry against the people who had incurred losses on the department in the past.

Earlier, he was accorded a warm welcome by laborers after reaching a local railways station. He said that taking meals with laborers would remain a proud moment of his life.

He embraced the floor cleaners, terming them ‘asset of the department.’ He said he wouldn’t see laborers cleaning floors through the same old-fashion techniques next time. He asked local authorities to adopt a modern cleaning system at the station’s premises. The slavery epoch has been left behind. We are still taking them along with us, he maintained.

Moreover, the minister would inspect the railways’ section stretched from Multan to Khanpur today as per official sources. He would also review Bahawalpur railway station and tracks and later move to its Chamber of Commerce to meet the business community.

Swati vowed on Thursday to take the department out of losses by outsourcing trains, schools, and hospitals running at a low ebb.

Talking to journalists at the local railway station here, he said foolproof steps were being adopted for the well-being of passengers who approached at railway platforms.

He said railways possessed golden lands where five stars hotels were planned to be constructed. He asked people to point out lands to be retrieved sharply through Rangers.

The minister hailed the department’s officers, saying they were doing with the best of their capacity. However, it had been facing the music only because of some black sheep, he termed.

We had downsized four officers today under some wrong practices being committed at their hands.

He pinpointed that thousands of trucks came up at dry ports, but hundreds out of them were put on record. Corrupt persons must be discouraged, by and large, he maintained.

The minister hoped that railways’ losses would be taken down to ground zero within six to eight months.

He said diesel was being stolen, even tickets’ money was reported to be stolen at different railway stations.

I myself would purge the department of corruption, he remarked.

He said he had abolished ‘minister’s expenditure’.