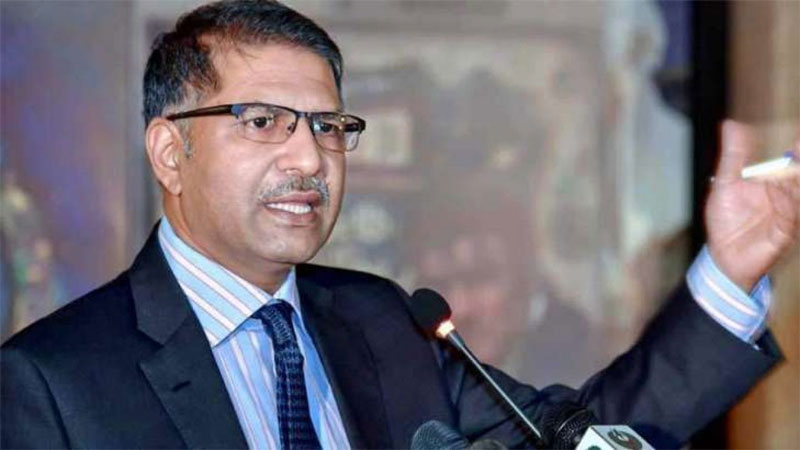 The new entrant to the ruling PTI, who grabbed a Senate seat earlier this year, was tasked by the Prime Minister with looking into the sugar scam. Especially after Jahangir Khan Tareen made headlines for all the wrong reasons and sent shockwaves through both opposition and treasury circles.

After the JKT group expressed impatience with the delay in the release of the report, which had been promised in May, the Barrister-Senator decided to sit on the findings.

On Wednesday, he tweeted: “Some persons/media are busy guessing on what my findings in JKT turn out to be. Let me make it clear that there is no report submitted by me. Any findings, not a necessity in writing, shall be purely internal to the PTI…”

Daily Times broke the news on Monday that the Tareen group had demanded the release of the report at the earliest to quell all the rumours that were doing the rounds.

How can it remain an internal matter when some PTI cadres have been publicly demanding the release of the report?

Ali Zafar’s position seemingly flies in the face of Prime Minister Imran Khan’s own stated position that saw him publicly announce a one-member committee to look into the Tareen group complaints as well as the workings of accountability departments before making final recommendations. Had it been an internal party matter, the PM would not have pledged a fact-finding inquiry to the public.

Moreover, the Imran Khan government has been making all probes public, including those looking into sugar, flour shortage and petrol prices.

This is not a party matter alone. The scam involves the credibility of many stakeholders: government departments, politicians and industrialists as well as that of the public exchequer.

The PTI must therefore ask the Senator to do the needful. His self-declared immunity to the report is muddying the waters.

“…and [the report] has no legal value or status nor can the same have any relevance to or effect pending enquiries/investigations against the sugar barons or Mr Tareen. As per the policy of the Government of PM IK there is no room for concessions against corruption. However, I have been tasked to see into complaints of JKT and will be making my recommendations directly and only to the PM once I conclude”.

Well, everyone already knows that this report has no legal standing. The JKT camp is also aware of this fact but feels that a clean chit of any sort would represent a political victory for the estranged leader. Thereby allowing them to finger-point at some internal factions that had it in for the sugar baron.

Shehzad Akbar denies his involvement in the saga.

It is being said that the report has found no substance against Tareen and cleared him of charges. Some detractors fear the report will be deemed an NRO.

The Tareen group, however, says justice should be upheld.

Ali Zafar has met FIA officials and JKT lawyers, too. The decision to form the committee was made after PM Khan met some 30 PTI lawmakers who believed that Tareen had been victimised.