Asian Bradman’s remarks has given me a boost: Rizwan 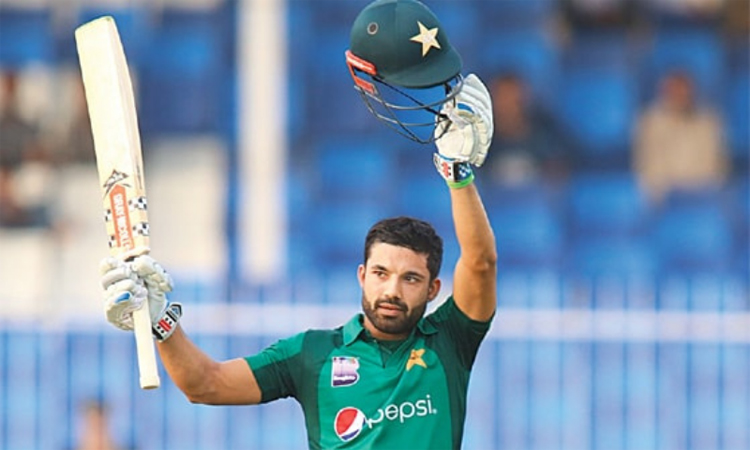 Pakistani wicketkeeper-batsman Mohammad Rizwan was left speechless by former great Zaheer Abbas’s remarks regarding his performance in international cricket, saying he would work hard to live up to the Asian Bradman’s expectations.

Rizwan said that the Asian Bradman’s comments were special for him. “This is the first time I’m hearing this. I didn’t know what Zaheer bhai had said because I hardly use social media. I don’t know how to describe my feelings on this. Praise from Zaheer bhai is very special for me. It has given me a boost in motivation to work even harder and continue to meet his expectations,” cricketpakistan.com.pk quoted Rizwan as saying. Earlier, Zaheer Abbas had said that Rizwan has been batting really well. “I didn’t expect him to improve his batting, in such a manner, in international cricket all of a sudden. Thankfully, we now have someone other than Babar who can support the batting department. If we can get two or three more batsmen like Rizwan and Babar, then our team will become one of the best in the world.” To a question, Rizwan said he was on good terms with former Pakistani captain Sarfaraz Ahmed. “He is like my brother. There is no issue between us. My relationship with Saifi Bhai is the same as my relationship with Babar Azam, Azhar Ali and Shaheen Afridi,” he said. “When I initially played for Pakistan, I used to field and Sarfaraz used to keep wickets. We did the same in recent Africa tour and everything was great. This is not my club team. It is Pakistan’s team and our objective is to perform for Pakistan. I respect Sarfaraz as a senior,” he said.

Rizwan does not get bogged down by expectations from fans either and instead revels in it. “I enjoy the fact that people have expectations from me and Babar Azam like they used to have with past great players like Inzamam ul Haq, Wasim Akram and Waqar Younis,” Rizwan said. “My objective is to give my hundred percent, not be behind anyone in hard work and leave the rest to Almighty Allah,” he said.

Speaking about the remaining Pakistan Super League (PSL) season six matches, Rizwan, who was also Multan Sultans’ captain said when he played for Pakistan ‘A’ in Abu Dhabi a few years ago, there wasn’t much spin on offer. “However, we would like the pitches to provide turn as I believe that we have the strongest spin attack in the competition. We hope that we get turning tracks and our bowlers are able to take advantage of the conditions,” he said. “There is not much difference in pitches between Karachi and Abu Dhabi. But when I last played in Abu Dhabi two years ago, the pitches there had a little more pace and it was not easy to score against the pacers there. Whereas in Karachi, you get a little more time to hit and matches are generally high-scoring,” he said.

Rizwan also said that he wasn’t bothered by the soaring temperatures in Abu Dhabi but cautioned that foreign players might find it difficult to adjust to the heat.

“I enjoy playing cricket in soaring heat. I am ready to play even in 50 degree Celsius temperature. Pakistan players are also accustomed to playing in hot weather, so they won’t face any trouble. However, foreign players might find it difficult to adjust initially,” he said.