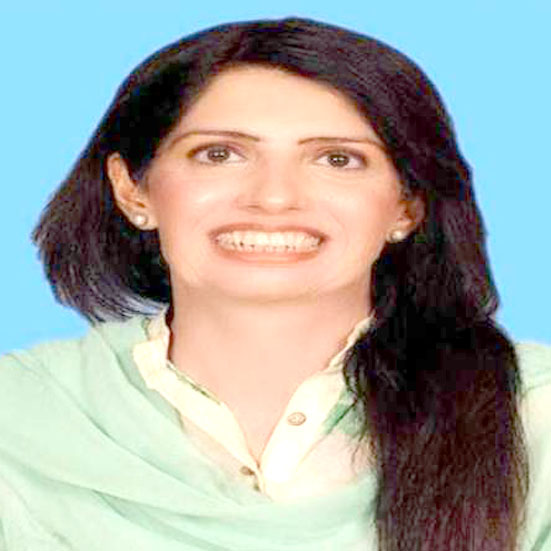 ISLAMABAD:MNA and Parliamentary secretary for textile Aliya Hamza Malik on Wednesday said that her government was only focused on its better performance, building institutions, taking revolutionary steps to streamline economy instead of discussing irrelevant topic of Pakistan Democratic Movement.
The incumbent government is making concrete efforts to uplift the marginalized segments of the society and we are trying our level best to empower the neglected segments and give them financial freedom, she said while talking to PTV news channel. The world’s big organisations and people also said work has been done in a better way in Pakistan, she added. She said sugar price was globally raised up to 56% but in Pakistan there was only 18% raise and government’s fruitful policies for agriculture sector had yield positive results and bring record production for almost six main crops.

Talking about electoral reforms, she said opposition should join the efforts of government for introducing reforms instead of criticising and halting hardships in way of government. She said we openly invited opposition for demonstration of Electronic voting machine which is installed outside National assembly, adding, we are ready to address their reservation related to EVM as electronic voting is need of the hour to bring transparency in traditional voting system. Replying to a question, she said that PTI leadership is ready to discuss all national issues with the parties of opposition but government would never allow them to disrespect the national institutions at any cost.