Malala Yousafzai is the June cover star of British Vogue 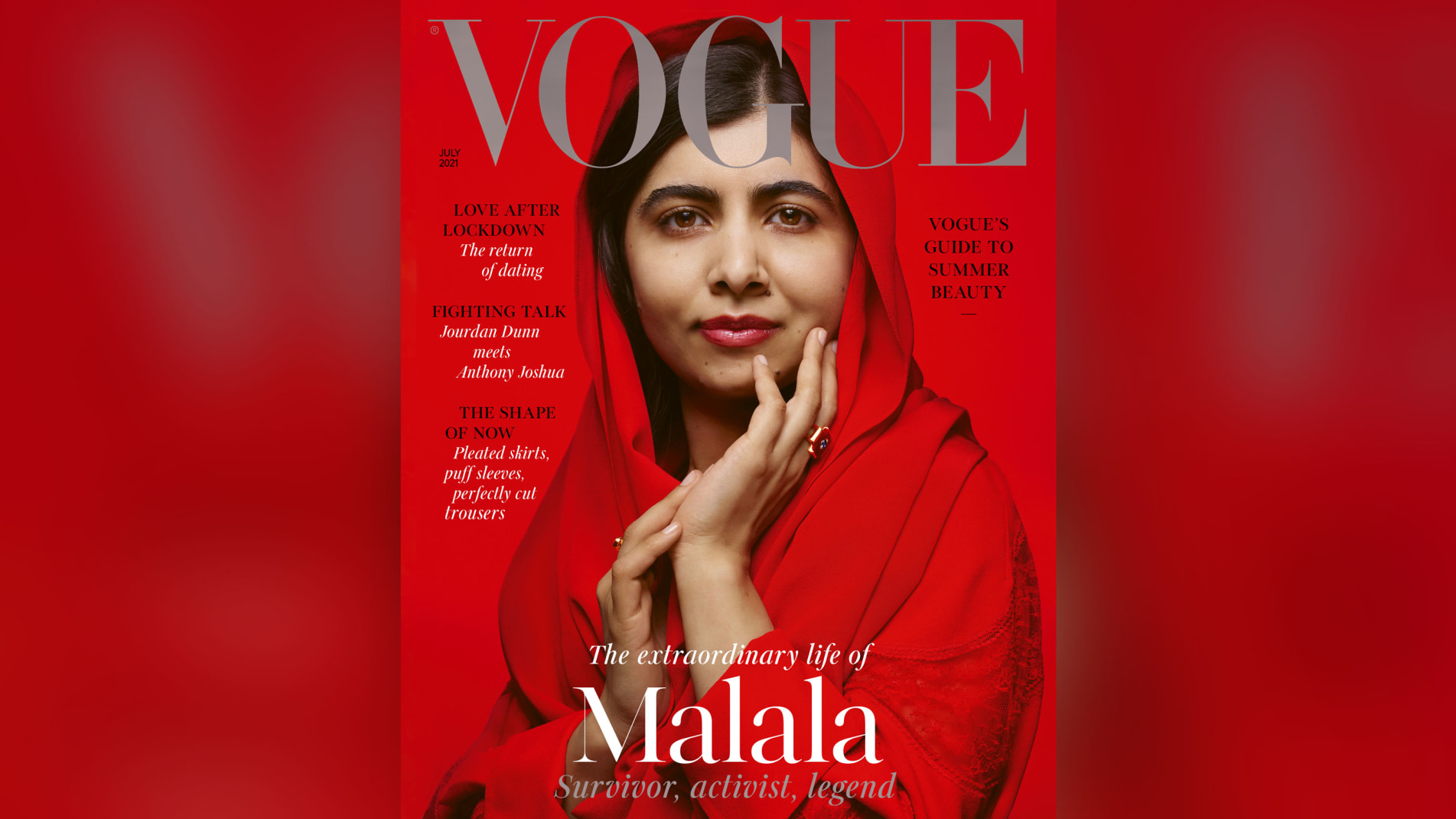 The Pakistani activist, Malala Yousafzai, who was shot by Taliban in 2012 at the young age of fifteen has been unveiled as the June cover star of British Vogue. Yousafzai has gone on to advocate worldwide for girls’ education and has received a Nobel Peace Prize for her efforts for female education.

In the accompanying profile for British Vogue, the Oxford graduate opened up about her activism, her faith and her career as a budding producer.

On the cover, Malala is photographed wearing her signature headscarf. She described her headscarf as a “cultural symbol for us Pashtuns,” the Muslim group from whom she hails.

She is further quoted as saying, “Muslim girls or Pashtun girls or Pakistani girls, when we follow our traditional dress, we’re considered to be oppressed, or voiceless, or living under patriarchy,” she said. “I want to tell everyone that you can have your own voice within your culture, and you can have equality in your culture.”

Yousafzai graduated from Oxford University last year with a degree in politics, philosophy and economics. She further launched her own production house in partnership with AppleTV+ which will predominantly focus on making documentaries about women.

She further shared details about her time studying in the UK, saying that she “finally got some time to myself.” She was “excited about literally everything,” from eating at McDonald’s to playing poker with friends, although Vogue also described her as “the essay crisis queen,” as she recalled leaving essays until the night before they were due.

“I was enjoying each and every moment because I had not seen that much before,” Yousafzai said. “I had never really been in the company of people my own age because I was recovering from the incident (the Taliban’s attempt on her life), and traveling around the world, publishing a book and doing a documentary, and so many things were happening.”