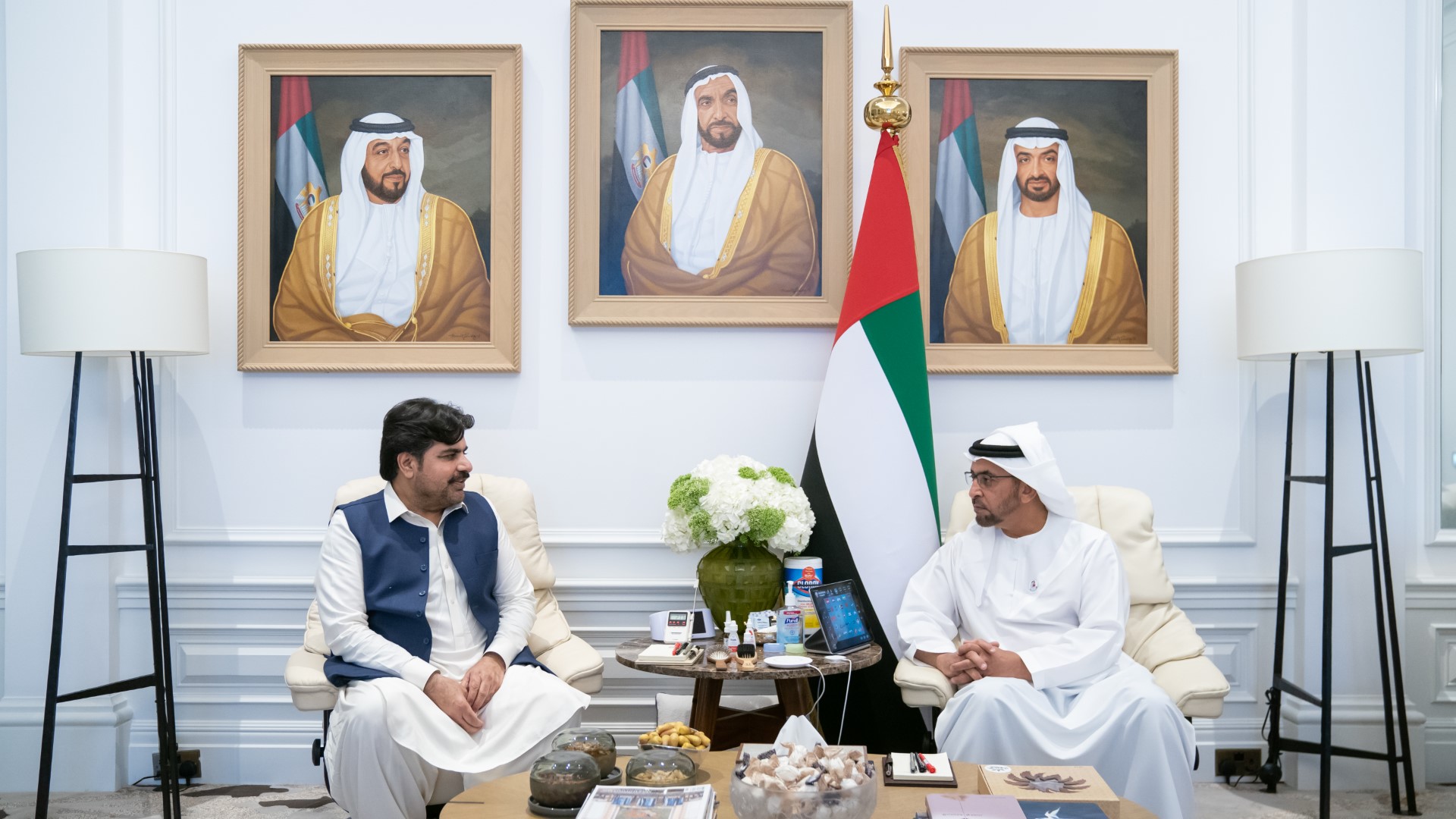 Honoured to meet His Highness Sheikh Hamdan bin Zayed Al Neyhan in his office Abu Dhabi today. His Highness is a great friend of Pakistan and i conveyed a message of good wishes from Chairman @BBhuttoZardari & President Asif Zardari for the H’H and royal family. @HamdanBinZayed pic.twitter.com/IAsfYSaQHm

The two sides exchanged views on several regional and international issues of mutual concern. The minister highlighted the profound historic ties between their countries, which were established by the late Sheikh Zayed bin Sultan Al Nahyan and continued by the UAE’s leadership, pointing out that his country seeks to advance its ties with the UAE, to serve their mutual interests.

He expressed his gratitude for the UAE providing constant support to the Pakistani people, as well as for launching developmental projects across various sectors in his country. The meeting was attended by Sheikh Mohammed bin Hamdan bin Zayed Al Nahyan; Issa Hamad Bushehab, Khadim Abdulla Aldarei, and UAE deputy consul-general in Karachi Bakheet Ateeq Al Rumaithi.