Court says petitioner can his petition at any stage 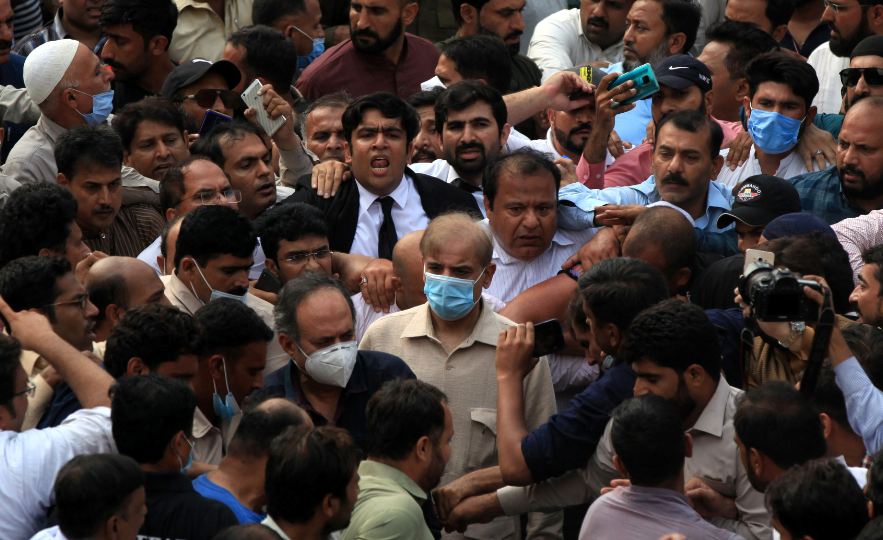 LAHORE: The Lahore High Court (LHC) on Monday allowed an application, filed by opposition leader in National Assembly Shehbaz Sharif, for withdrawing his petition challenging placement of his name on the blacklist and seeking implementation of a court order that gave him one-time permission to go abroad for medical check-up.

A federal law officer objected to withdrawal of the petition, submitting that the government had challenged the order of the court in the Supreme Court. To which, the court observed that the petitioner could withdraw his petition at any stage.

At this, the petitioner’s counsel responded that as per law, the petitioner could withdraw a petition at any stage with the permission of the court. He said that Shehbaz Sharif’s name had been placed on the exit control list (ECL). He pleaded with the court for allowing the applicant to withdraw the petition.

Justice Ali Baqar Najafi observed that Shehbaz Sharif wanted to challenge the federal government’s decision of placing his name on the ECL. If the blacklist case remains pending, then it would neither give benefit to Shehbaz Sharif nor to the government, he said. He asked the petitioner’s counsel if the high court orders were challenged before the Supreme Court, then whether the main petition could be withdrawn.

To which, Amjad Pervaiz replied that the petition could be withdrawn. Subsequently, the court allowed Shehbaz Sharif’s application for withdrawing the petition.