* It was in the 18th century that the number of readers began to increase which gave birth to reading of literature, especially novels 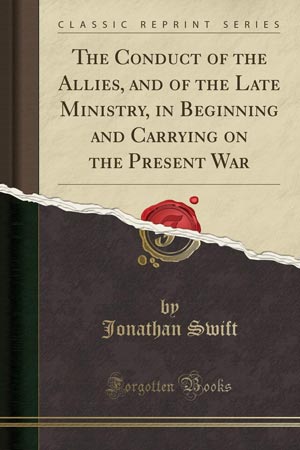 Novel is quite a recent genre preceded by Poetry and Drama. Poetry in its epic form and Frama in its tragic ruled rooster for a long time since Greek ages. But the 18th century started to trail-blaze a new genre which could supplant Poetry and Drama and it did do so because today, novel is most read and critiqued on genre of literature. There are three factors that encouraged novel reading and writing: Increasing number of reading Public, More leisure hour available to women at home because of the rising prosperity index, and printing and publishing of books by the independent printers and publisher. I should add that this independent publishing allowed writers of that time to write more freely as compared to the ones under the royal patronage.

It was in the 18th century that the reading number of people began to increase which gave birth to reading of literature and especially novel. According to Ian Watt at least 80000 people out of a population of six million were the readers of newspaper or some piece of literature. For example, Swift’s book ‘Conduct of Allies’ and Price’s book ‘Observation on the nature of Civil Liberty’ were sold 11000 and 60000 respectively. This much number of readers were available in England of that time even when only the well to do could afford such luxury of reading books and newspapers. So, a true age of letters began in 18th century and found encouragement in earning through writing.

The reading public was facilitated further by introduction of the ‘Circulating libraries’ which resulted further in an increase in the number of readers especially among women of England of that time. The subscription to these libraries was at very minimal level which was mostly affordable for the women of the well to do families, especially, because they not only had money but also spare time to enjoy the books of fiction, as was reported by ‘Guardian newspaper’, even when their men considered the books of poetry and fiction useful only for their women. Circulating libraries was a unique concept of the time and paved the way for more writings and reading.

It may not be out of place to mention that this reading taste of the public was only found in London’s rich households and as the periphery of London were not much developed and progressed and also the labouring classes were unable to buy the books. But the trickle-down effect was definitely to take place. With the passage of time, books were made further cheaper and interesting that almost everybody wished to read. The interest grew so much so that “Richardson was proud of the fact that as an apprentice he bought them for himself, but others could not, or were not allowed to. James Lackington, for example, was forbidden to have light in his room by his employer, a baker, and claims to have read by the light of the moon!”. This could have been thwarted by the puritan environment of the age but most of the writers like Dafoe and Richardson were of the secular taste and so, fiction and other pieces of literature kept on gaining grounds. Further support emerged from the very popular magazines: ‘Tatler’, ‘Spectator’, and Gentleman’s Magazine. These magazines published works fiction by significant writers in instalments, these instalments found, however, the shape of books very soon.

Novel, though not considered a very popular genre in 18th century but the successful writings of Henry Fielding, for example, Joseph Andrews, Tom Jones, and very popular writings of Richardson, for example, Pamela, were making grounds for its noble status. Defoe, who gradually turned to prose for his writings. Even when writing was not done solely for the purpose of business or profession, the book sellers were earning huge profits and had created a market for the books. The book sellers’ successful earnings created gap between the court and the literary writing and as a result, Defoe and Richardson became much more independent in their writings and could reach much larger chunk of reading public than their contemporaries under the English court. Ian Watt believes that this is probably the supremely important effect of the changed composition of the reading public and the new dominance of the booksellers upon the rise of the novel that the writings of Defoe and Richardson became the voices of the middle-class public. Ian Watt’s claim is confirmed from the writing of Fielding who said that the whole world of letters was becoming ‘a democracy, or rather a downright anarchy’; and there was no one to enforce the old laws.

The article has been written and contributed by Dr Zia Ahmed. He is a professor of English at Government Emerson College, Multan. He can be reached at zeadogar@hotmail.com and Tweets at @Profzee