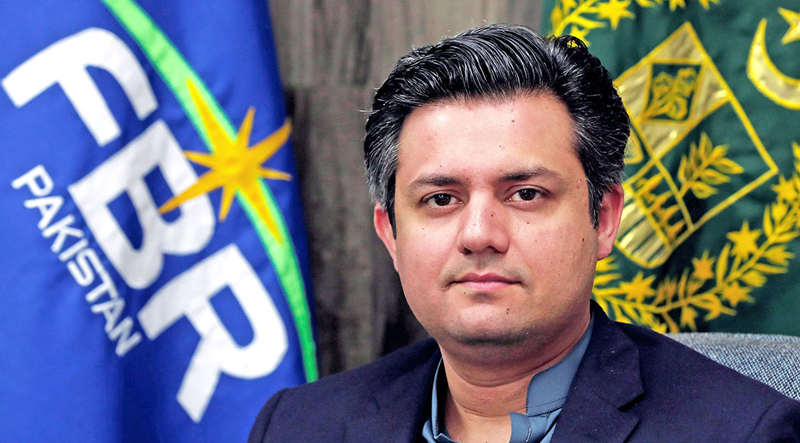 Addressing a press conference here, the minister said all GDP growth-related targets had been achieved. “There are many analyses that the growth rate will be more than four percent,” he added. The Minister said total the GDP increase from $263 billion to $296 billion, an increase of $33 billion during the current fiscal year, was the highest ever in any year. He went on to say that the country’s exports stood at $ 3.2 billion in March, while the remittances witnessed a 29 percent increase from July 2020 to April 2021.

Similarly, he said that 15 percent growth was recorded in tax revenue collection during the said period. The country’s foreign reserves had also jumped to $ 23 billion, he added. The large-scale manufacturing (LSM) sector showed an unprecedented healthy growth of 9.29%, while cement sales also witnessed a 17 percent increase.

Hammad said that the current account surplus stood at $ 250 million, and not a single penny borrowing was done from the State Bank of Pakistan (SBP). The PML-N government borrowed Rs 7000 billion from the SBP, he added. Despite the huge challenge posed to the economy by the COVID-19 pandemic, the country’s economy witnessed growth. It was proof of the success of Prime Minister Imran Khan’s economic policies. It was not a temporary growth but would be sustained and further strengthened, he added.

He said PM Imran Khan had made the National Account Committee free and independent as he (PM) always believed in impartial umpire. He hoped that the economy would grow further at a rapid rate from the new fiscal year. Agri and industrial sectors would also gain more momentum, which would also help generate more job opportunities, he added.

The minister said the government would further extend various programs like social protection Ehsas and Health cards to help the poor.

Replying to a question, the minister said that oil prices were low in Pakistan compared to other countries. The government also slashed petroleum levy duty, he added. Prices of edible oil and wheat witnessed an increase in the international market. However, the government was giving targeted subsidies to help the poor, he added.

To another question, he said the government had a management plan to address the circular debt issue. Circular debt has two components –i-e stock and flow. In the first phase, the deceleration of flow started, and in the next phase, the stock issue would be addressed.

He said only an 8 paisa increase would be made in consumer tariff in October.