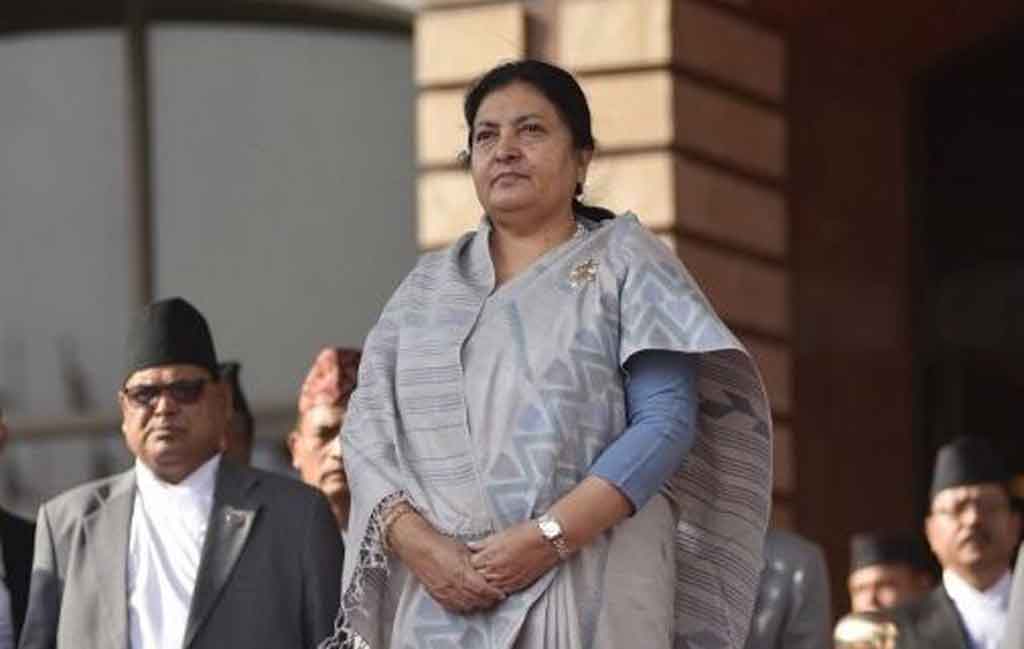 KATHMANDU: Nepali President Bidya Devi Bhandari dissolved the House of Representatives early Saturday for fresh elections on November 12 and 19 after the prospect of forming a new government has ended.

“President Bidya Devi Bhandari, on the recommendation of Prime Minister KP Sharma Oli, has dissolved the House of Representatives as per Article 76 (7) of the Constitution of Nepal and called the mid-term elections for Nov. 12 and 19,” the President’s Office said in a statement.

Under Article 76 (7) of the Constitution of Nepal, President shall dissolve the lower house and call for a new election, as suggested by the Prime Minister, if the incumbent premier fails to obtain a vote of confidence or a new one cannot be appointed.

Oli, on Friday night, called an emergency meeting of his Cabinet to recommend the dissolution, as the president decided that neither Oli nor Nepali Congress President Sher Bahadur Deuba had presented a valid claim to the formation of a new government.

Bhandari on Thursday evening called on the opposition parties to form a new majority government by 5:00 p.m. local time on Friday, as recommended by Oli.

Oli was renamed to head the government on May 13 in the wake of his failure to win the chamber’s confidence on May 10 and the opposition’s failed attempt to form a new coalition by the deadline.

On Friday, both Oli and Deuba staked the claim for the premiership, with Deuba taking a list of the signatures of 149 lawmakers and Oli presenting his claim that he has the support of 153 members in the lower house.

The statement from the President’s Office said as the lawmakers who have been included in the claim from Oli have been repeated in Deuba’s claim, the demand for the formation of a new government from both sides was invalid.