No connection to land involved in Ring Road project: Sarwar

Says no grouping in PTI 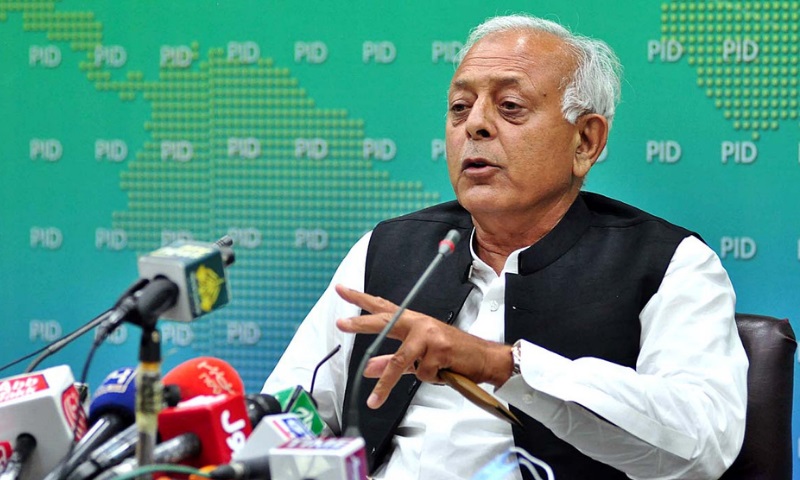 RAWALPINDI: Federal Minister for Aviation Ghulam Sarwar Khan on Saturday maintained that everyone is equal before the law.

Addressing a press conference in Rawalpindi, he ruled out formation of any grouping or forward block in the Pakistan Tehreek-e-Insaf (PTI). He categorically denied that he or his family had any links with the housing societies from which the government acquired land for the Rawalpindi Ring Road (RRR) project. He said, “Neither I have any housing society  nor I have any linkage with ring road project. I presented myself for accountability.” He said Rawalapindi Ring Road project is an important project and should be completed at the earliest.

He said ground-breaking of Rawalpindi Ring Road project will be performed by Prime Minister Imran Khan this year. He said this is a very important project and must be executed in a timely manner.

It is pertinent to mention here that Prime Minister Imran Khan has ordered an inquiry into the RRR project scam following reports of billions of rupees corruption while the Punjab government has decided to send the case to the Federal Investigation Agency (FIA) or the National Accountability Bureau (NAB) for thorough investigation.

On the other hand, the Federal Board of Revenue has demanded the inquiry report of the Rawalpindi Ring Road (RRR) scam from the Punjab government and has asked commissioner Rawalpindi to submit the report of the notorious Ring Road scandal. The FBR has been tasked by the government to launch inquiry against tax evaders involved in the RRR scam.