* Swiss legend is auctioning t-shirts, racquets and shoes from his trophy-laden tennis career 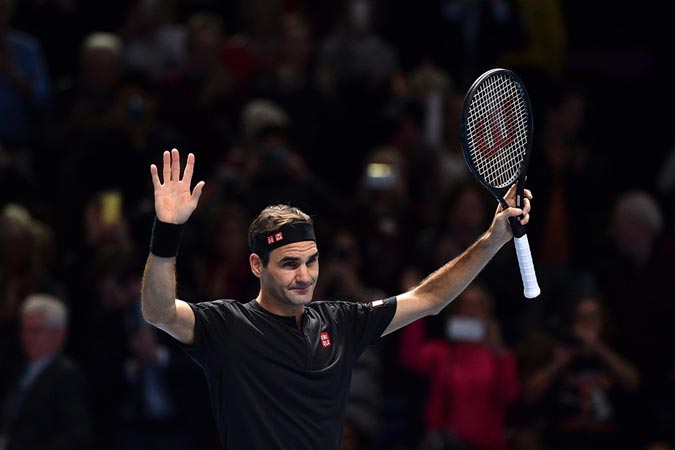 ZURICH: Roger Federer is auctioning t-shirts, racquets, and shoes from his trophy-laden tennis career after delving into the vast memorabilia archive stored up for years by his wife and family. The sports legend is hoping to raise £1 million ($1.4 million, 1.15 million euros) for the Roger Federer Foundation, which supports educational projects in southern Africa and his native Switzerland. “The Roger Federer collection is the most important single-owner collection of sporting memorabilia that has ever come to the market,” said Bertold Mueller, the continental Europe managing director of the British auction house Christie’s. The items cover 21 years of Federer’s career, Mueller told AFP at a pre-sale exhibition of the auction lots in Zurich. The collection is on show in Hong Kong until Tuesday. The 39-year-old has won 20 Grand Slam titles, a record shared with Spanish rival Rafael Nadal. Federer has recently returned to the courts following more than a year out recovering from two knee operations.

The injury lay-off gave him time to go through his memorabilia treasure trove. “Roger Federer started collecting these items as early as 2000 with the help and support of his parents, of his wife, and they have collected these items for more than 20 years now, keeping them safe, labelling them, cataloguing them,” said Mueller. “They always had in mind that at some point they would want to turn it into something good and now… Federer has decided that the moment has come to put this all up for auction.” A live sale on June 23 in London will take in 20 lots from Federer’s career at the four Grand Slams: Wimbledon and the Australian, French and US Opens.

An online sale from June 23 to July 14 features around 300 lots from other tournaments spanning 21 years ––– dating back to his first Olympics appearance at the Sydney 2000 Games, aged just 19. Included in the auction are the cardigan and racquet used by Federer when he won the 2012 Wimbledon crown, the seventh of his record eight men’s singles titles on the All England Club grass. The set is priced at £40,000 to £60,000. For those seeking out rarer Federer memorabilia, the complete outfit he wore in 2009 for his only French Open final victory is estimated at between £50,000 and £70,000. The win allowed Federer to complete the set of having won all four Grand Slams. The collection also includes the outfit Federer wore as he led Switzerland to victory in the 2014 Davis Cup. Three months short of his 40th birthday and despite his long absence from the sport, Federer is still ranked eighth in the world.