Disneyland Paris will reopen on June 17 boasting a new attraction 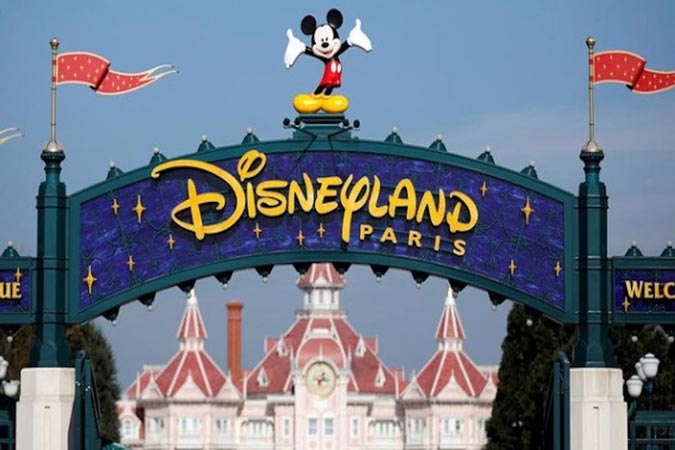 Disneyland Paris will reopen on June 17 with a brand new attraction – Cars Road Trip – based on the animated Cars movies. And just days later on June 21, the resort’s long-awaited Disney’s Hotel New York – The Art of Marvel, will throw open its doors for the first time.

The French resort has been closed since October and was also shut from March to July 2020, due to the coronavirus pandemic. Walt Disney Studios Park will be the home of Cars Road Trip, a tram ride where guests will be ‘transported into a Cars-themed version of a road trip on Route 66’. Disney explains: ‘Guests will discover local natural wonders like the Cars-tastrophe Canyon while encountering popular characters such as Lightning McQueen and Mater – making Walt Disney Studios Park the place where Cars and Pixar dreams come to life.’ In addition, Disney promises that there will also be a ‘new galactic experience with Star Wars Legends’. Meanwhile, the four-star Disney’s Hotel New York – The Art of Marvel, will ‘pay tribute to the home of so many Marvel superheroes and their artists, while offering premium comfort and personalised services’.

On display in the hotel will be 350 pieces of art spanning the Marvel comics and movies created by more than 110 artists – including more than 50 exclusive pieces. Disney says this makes the hotel ‘one of the largest publicly viewable collections of Marvel artwork in the world’.

Disney adds: ‘This unique hotel will invite guests into the Marvel universe as soon as they enter the lobby, where they will be greeted by huge backlit comic panels, three life-size Iron Man suits and even the famous Captain America shields.

‘Little ones can learn how to be a Marvel comic book artist in a creative space called Marvel Design Studio, while sports enthusiasts can enjoy the fitness centre, indoor and outdoor Metro Pool, and Hero Training Zone, a 420-square-metre outdoor field with dedicated areas for a variety of sports activities to be enjoyed by guests of all ages.’ The hotel will boast 471 superior rooms, 65 Empire State club rooms, 25 suites dedicated to Spider-Man, the Avengers or Marvel superheroes along with ‘unique restaurant and bar concepts’.

As well as the new attractions and hotels, guests will be able to hop on classic rides including Star Wars: Hyperspace Mountain, The Twilight Zone Tower of Terror, Peter Pan’s Flight and Ratatouille: The Adventure. 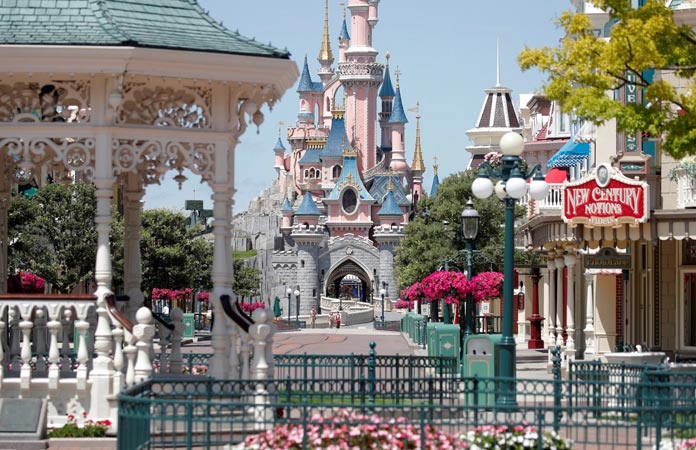 The selfie spots, introduced in July last year, will also return, allowing guests to take socially distanced photos with their favourite characters such as Mickey and Minnie.

Also making a comeback are The Cheshire Cat Express Train featuring friends from Alice in Wonderland, encounters with Marvel superheroes and Kingdom of Arendelle Enchanted Moments. Disney is promising that the resort will look ‘more beautiful than ever with its perfectly manicured 400 hectares of green spaces and 7,400 square metres of flower beds’. Other accommodation options, meanwhile, will include Disney’s Hotel Cheyenne, which will reopen on July 1, and Disney’s Davy Crockett Ranch, which will open its doors once more on July 13, ‘subject to the continued evolution of the situation’.

Disney adds: ‘The reopening dates of Disney’s Sequoia Lodge Hotel and Disney’s Hotel Santa Fe will be announced at a later time. Disneyland Hotel remains closed for refurbishment until further notice.’ Natacha Rafalski, president of Disneyland Paris, says: ‘We have all been dreaming of this moment. The moment we can reunite and enjoy unforgettable moments with our family and friends. ‘When Disneyland Paris reopens, our guests will be able to enjoy the outstanding experiences we are known for, from iconic attractions and new heart-warming character moments to unique interactions with our cast members and even a few surprises along the way.

‘Our guests will discover and be amazed by our brand-new Disney’s Hotel New York – The Art of Marvel, the only hotel in the world dedicated to Marvel art, offering a premium, incredibly immersive and one-of-a-kind experience.’ A limited number of tickets will be available for Disneyland Paris each day using an online reservation system in order to ‘support physical distancing, per government guidance’.

Disney says that to ensure admission, guests – including annual pass holders – ‘must register on the system and obtain a reservation for park entry prior to their arrival’. All park-goers over the age of six will be required to wear ‘an appropriate face-covering in public spaces’ and Disney warns that ‘some experiences, shows or events will not be available or may be modified, depending on evolving guidance from authorities’.