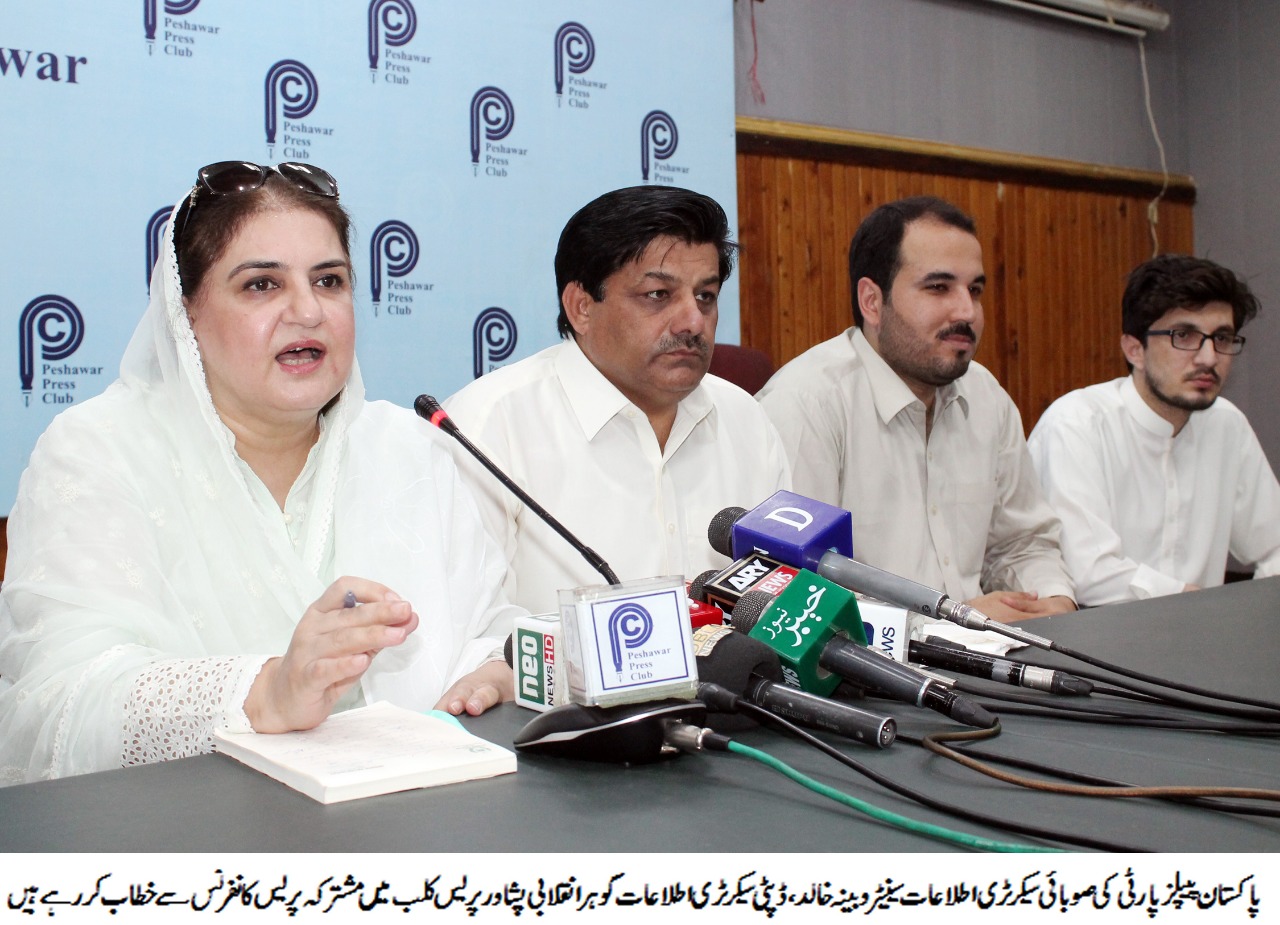 PESHAWAR: Pakistan People’s Party (PPP) leaders told a press conference at the Peshawar Press Club on Thursday the prime ministers tried in vain to deceive the public on Wednesday in Peshawer by announcing free houses for laborers “as part of his housing schemes”.

PPP Provincial Information Secretary Senator Rubina Khalid said in reality the project was initiated by the PPP back in 2010.

“President Asif Ali Zardari inaugurated this project back in 2010 when we had a coalition government in KP, Khursheed Shah was the minister for labour and Sher Azam Wazir PPP provincial minister,” she recalled.

“This project consisted of 2,000 flats for industrial labourers and the cost was to paid by the Workers’ Welfare Board. A lot of work was done but as we lost the KP government in the 2013 elections before the completion of the project, now after eight years, the KP government has taken up the same project and not only have they put a price tag of Rs2.6 million for every housing unit which was meant to be given free of cost but also are portraying it as part of their 50 million houses.
She said these flats are part of the same scheme which was carried out in Sukker and recently ownership deeds were distributed free of cost by the Sindh government amongst industrial workers on merit