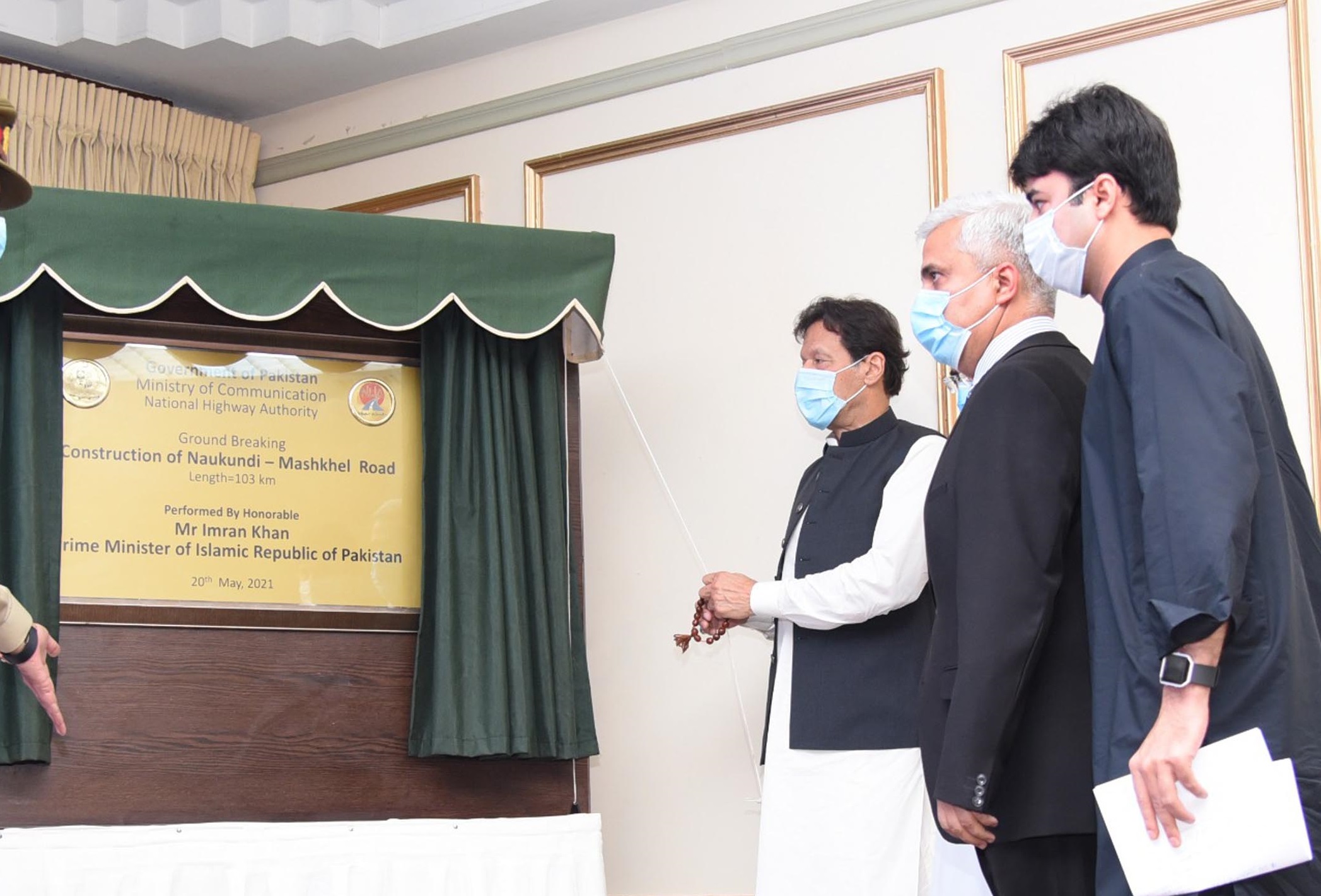 “We can massively benefit from the natural resources by connecting Balochistan with other parts of the country,” he said, adding that massive road infrastructure will be built in Balochistan during five-year tenure of his government. About his vision of governance, Imran Khan said he wants rule of law and to help the downtrodden.

He said no society can progress without upholding rule of law. He said that all mafias were trying to blackmail the government to get immunity or NRO but he was determined to bring them all under the law. On the occasion, Minister for Communication Murad Saeed said that completion of this road would help promoting economic activities in the area.

The minister said that the road infrastructure projects were being launched in the less developed areas of the country to bring them at par with other developed areas. He said that network of roads was being laid down across the country through public and private partnership and under a new vision. He said areas near the GT Road would be connected to motorway network through Sialkot-Kharian and Kharian-Rawalpindi motorways, to be launched this year.

Murad Saeed said during their tenure, they constructed around 1753km of roads that created more than hundred thousand jobs in the country while planning for other 6100km of roads has also been completed. It is pertinent to mention that Naukundi-Mashkhel road project will be completed in two years and help generate direct and indirect job opportunities for about four thousand people.

Areas adjacent to Naukundi-Maskhel section in Balochistan will greatly benefit from the construction of this road as it will provide them easy access to the Iranian border in less time. This will promote local trade especially that of dates which will mark a new beginning in the socio-economic development of these areas.