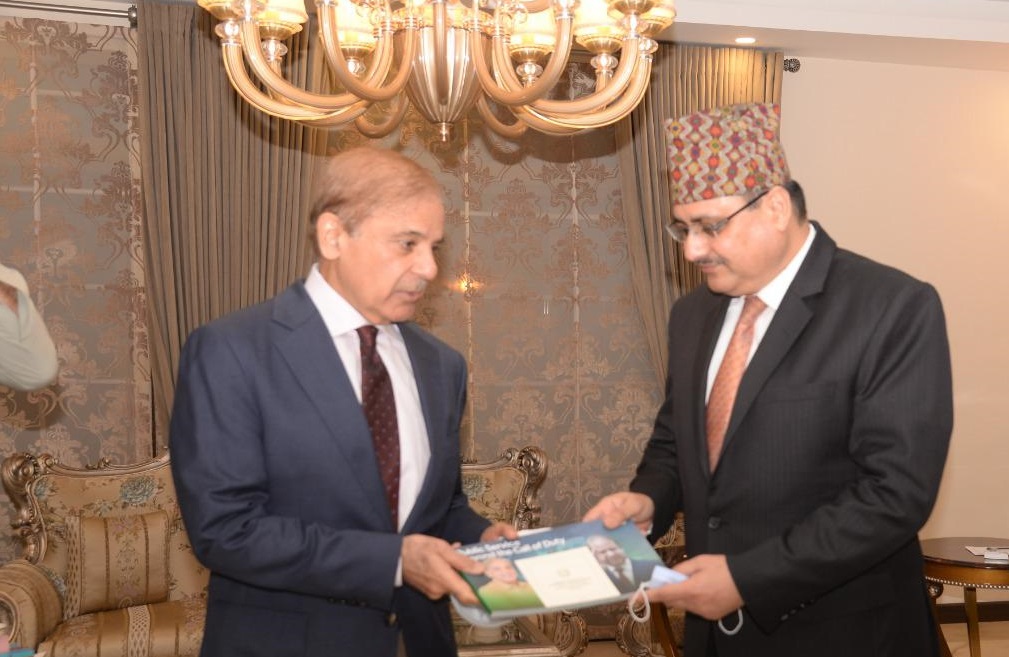 ISLAMABAD: Pakistan Muslim League-N President and National Assembly opposition leader Shehbaz Sharif has said that member states of the South Asian Association for Regional Cooperation (SAARC) should work together to formulate a joint strategy to combat threat posed to lives of the South Asian people by the coronavirus.

In a meeting with Nepal Ambassador Tapas Adhikari in Islamabad, he said that SAARC can play an important role to boost trade, industrial development, investment and tourism in the region. He said that SAARC can use the chamber of commerce or trade bodies to chalk out a practical framework for this.

He said that the SAARC platform should function like the European Union for cooperation in trade, economy and other sectors. This can help achieve economic milestones and miracles for the regional countries. For this SAARC would need to play a more vibrant and effective role.

The opposition leader said that the knowledge and expertise of China to fight Covid-19 can be of exceptional value. To improve quality of life for the people of their countries, SAARC would need to work faster than the speed of increasing poverty, he said. Despite a treasure of abundance of human resource, youth and natural resources, the region has failed to deliver rightful welfare and advantage to the people, he said.

He said that the fruits of SAARC’s labour have failed to reach the people because of the conflicts and disagreements among the member states. Shehbaz Sharif wished the leadership and the people of Nepal well, and said that Pakistan and Nepal enjoy a relationship of goodwill, friendship and mutual cooperation. He extended grief and condolences over deaths in Nepal from Covid-19.

He said that Nepal had always stood by Pakistan which Pakistan values greatly. He said that the two countries share many commonalities including cultures which could be used to further strengthen their mutual bond. He appreciated services by the ambassador to bolster the ties between the two countries.

The Nepalese ambassador agreed with Shehbaz’s vision for SAARC and acknowledged his proposals for its improvement. He praised the spirit and hard work as chief minister for the welfare of the people. He expressed good wishes of Shehbaz Sharif and said Pakistan and Nepal will remain friends forever.