Pakistan suggests independent Palestine with Al-Quds as its capital 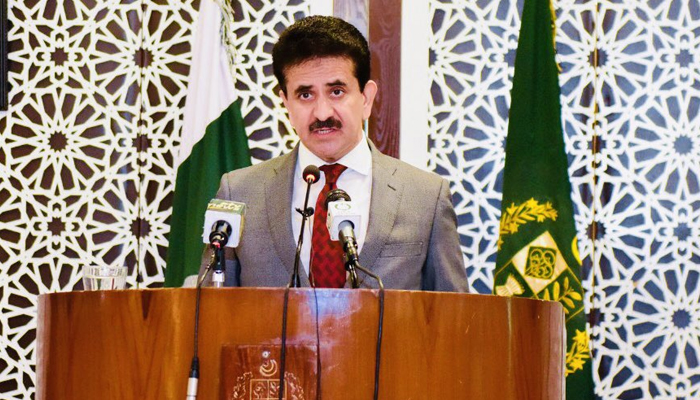 ISLAMABAD – Foreign Affairs spokesperson Zahid Hafeez Chaudhri reaffirmed Pakistan’s abiding commitment to Palestine cause and called for the establishment of a viable, independent, and contiguous Palestinian state with Al-Quds Al-Sharif as its capital.

During a weekly briefing at the Ministry of Foreign Affairs, he said that since the current escalation in Palestine, Pakistan was at the forefront of diplomatic efforts to highlight the worsening situation in the occupied Palestinian territories. Pakistan’s outreach efforts were aimed at formulating a unified and unequivocal response from the international community against Israeli aggression, he said.

The spokesperson said that the foreign minister also represented Pakistan at the virtual open-ended emergency meeting of the OIC Executive Committee to discuss Israel’s aggression against Palestinians. During all these interactions, the prime minister and the foreign minister condemned the indiscriminate use of force and attacks by Israeli forces in Al-Aqsa and Gaza, called for the protection of civilians, and underscored need for the world community to take urgent steps to address the grave situation in the occupied territories.

As part of Pakistan’s intensive diplomatic outreach efforts to mobilize international support, Foreign Minister Shah Mahmood Qurshi is currently in New York to participate in the UN General Assembly meeting on the Palestine issue. “We hope the special meeting of the UN General Assembly will help send a strong message on behalf of the OIC to the world community to help end Israel’s aggression and to take concrete steps to find a solution to Palestine.

On his way to New York, the foreign minister visited Turkey and called on the Turk president and his counterpart. During these meetings, the he discussed the entire gamut of bilateral and regional issues including the ongoing crisis in occupied territories, and Pakistan’s diplomatic efforts in bilateral ties, rising Islamophobia, Pakistan’s role in Afghan peace process, and the Kashmir issue.